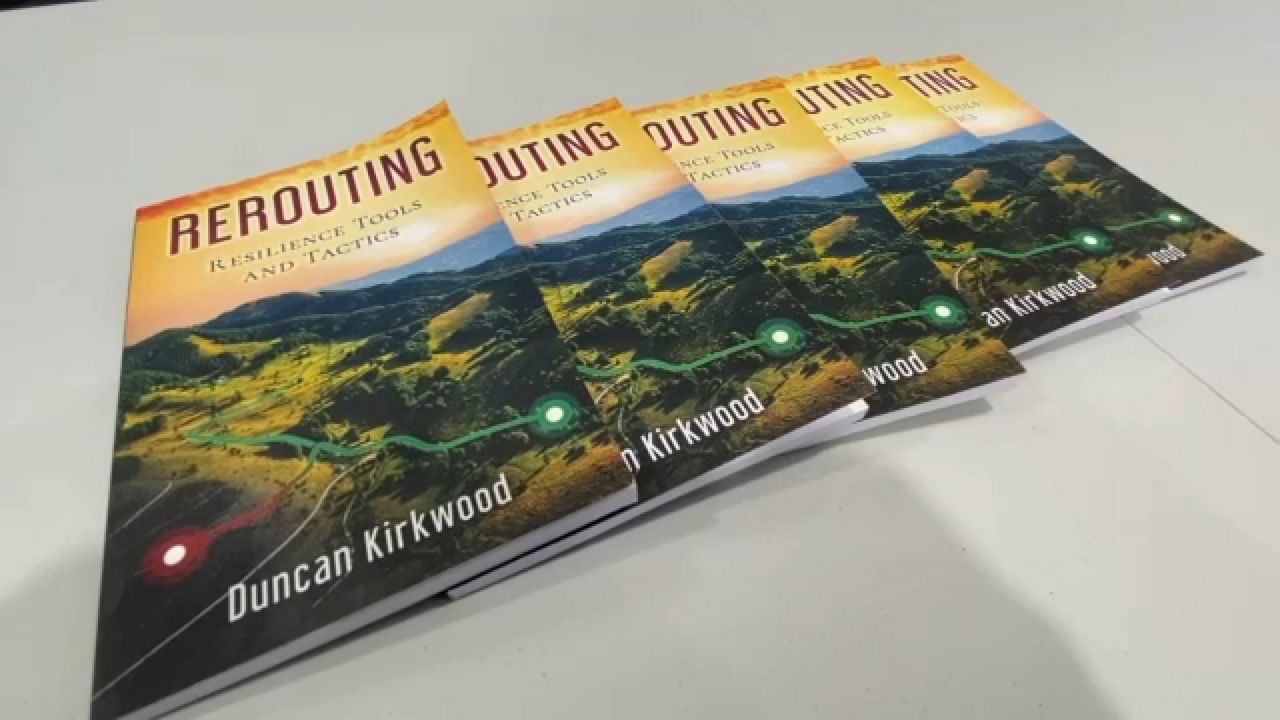 BUFFALO, N.Y. — A local author is donating dozens of copies of his book to the Erie County Sheriff's Office.

This was all made possible thanks to community donations and Buffalo Common Councilmember Rasheed Wyatt. He purchased 50 of the 100 copies that are being donated.

The book is called “Rerouting: Resilience Tools and Tactics,” and was written by Duncan Kirkwood.  He says his story could resonate with those behind bars right now.

Kirkwood hopes his words help those in jail build a better life once they finish their sentence.

"My hope is that they see themselves and me," Kirkwood said. "I'm from the East Side of Buffalo. I grew up in a low-income home in a low-income neighborhood. I want them to know it is possible to come through hard times and still achieve greatness. I don't want them to just survive. I want them to thrive. Their situation here can actually launch them into something greater that they can't even imagine yet if they keep going and keep moving forward."

Copies of “Rerouting: Resilience Tools and Tactics” will be distributed to inmates at the Erie County Holding Center and the correctional facility in Alden.

The book can be purchased on Amazon.