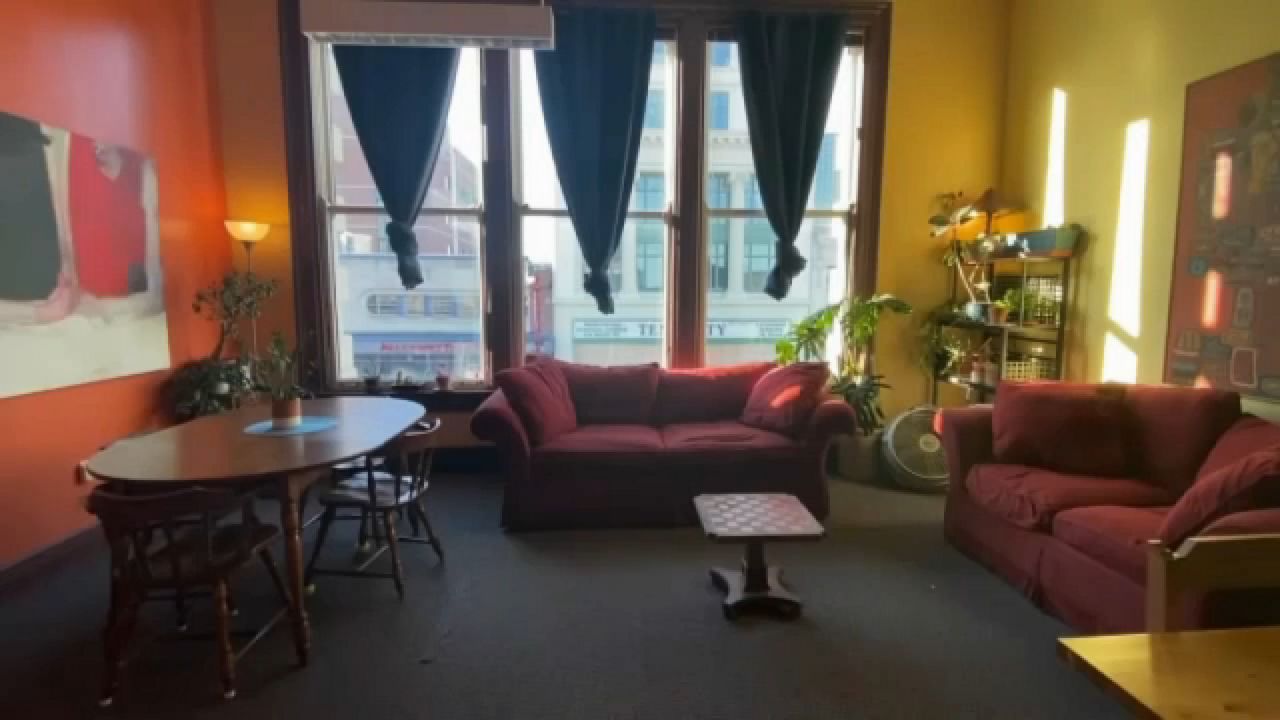 Buffalo hostel attracting tourists from around the world

BUFFALO, N.Y. — Tucked away inside a century-old building in the Buffalo’s Theater District is a hidden gem of a hostel.

Hostel Buffalo-Niagara serves as an affordable stop for travelers who are looking for a sense of community while on the road.

“We’ve had people who’ve mistakenly booked here for a hotel and people would say 'I'll try it out' and they're like 'this is incredible,'” said Jonathan Piret, hostel manager.

Nestled among the bright lights and restaurants is Buffalo’s oldest and only hostel, preserving the Queen City's history and creating a sense of community among visitors.

“Nicole has a picture of a Canadian and a German woman who met here and actually got married," said Piret. "And they came back to town after they were married and she took this picture of them in the kitchen...kinda how they met.”

Hostels have been popular in Europe for decades as an affordable alternative to hotels. Since the late 80s, Hostel Buffalo-Niagara has been a hub for international travelers, giving them a taste of the Queen City with communal living, poetry nights and even hosting art installations in its box gallery.

“This is my first solo show in Buffalo and I very much feel at home in this space," said artist Brad Young, who is known as SALUT.

Jess Stoddard is visiting Buffalo from the U.K. She says the Buffalo-Niagara hostel is one of her favorites because they offer individual rooms on a budget, but the atmosphere makes you feel like a local in a place far from home.

“It feels like a family away from your own family, especially the one here in Buffalo," said Stoddard. "I’ve had a couple of experiences where I felt like I was staying at a friend's house and not at an establishment.”

“It's been really lovely to be in the center of the city as well, opposite an amazing theater where I can see shows, there's loads of music going on around here and some great bars," she added. "So if you're like me and you like a good party, you are in the right place.”

They invite the public to stop in and see its latest art installation, "nature.pdf," which runs until January 30.