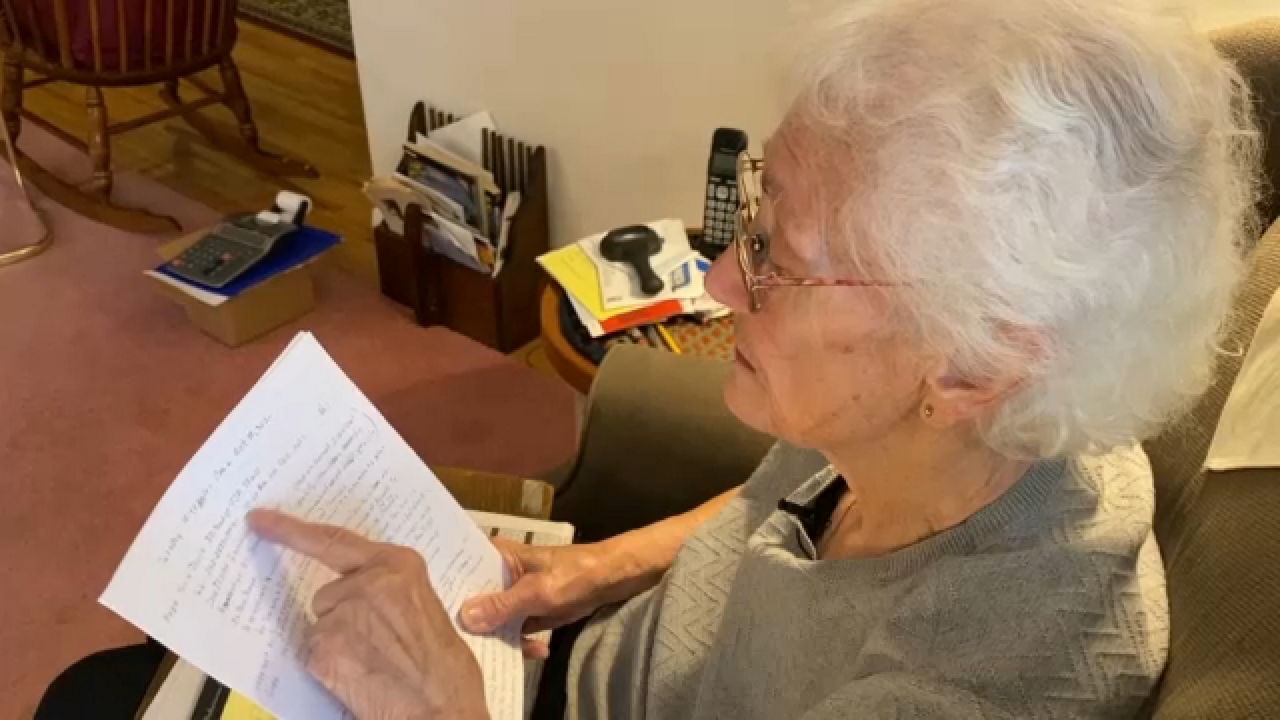 Identifying and preventing senior scams during the holiday season

Dianne Kricheldorf, 88, likes crosswords and was in the middle of one last October when she received a call that left her figuring out the clues to a puzzle of a different kind.

The call was from a man claiming to be an investigator in Texas and with the U.S. Treasury.

"And that they had found my name on some paperwork," Kricheldorf said.

Paperwork, the caller said, connected to a case of an abandoned car registered in Dianne's name that was involved in an accident. It supposedly had a bag of cash inside, along with drugs, blood that matched her type and checks with her signature.

"He asked if I've ever been in Texas. I said heavens no. And that's how it all started," Kricheldorf said.

Dianne said they knew a little about her background and financial investments. She said the caller read off her actual social security number and wanted her to confirm it, but she refused.

"I made a mental note. This is a real scam. But I want to find out more about it," Kricheldorf said.

After filing a police report, she took matters into her own hands, taking notes during each call. She was told an officer would go to her house. And if she didn't cooperate with the investigation, she would lose her social security, and be arrested, unless she sent a $30,000 bond.

"I was angry that my privacy had been invaded by a bunch of crooks. And they're getting away with it. So, I wanted to see how far they went with this," Kricheldorf said.

So she decided to cooperate with the callers. She drove to her credit union, looked to see if she was being followed, walked inside and whispered to the staff what was happening.

"And I left my purse in the hallway outside the door because they had me leave the phone on," Kricheldorf said.

When the callers couldn't hear what was happening, they hung up, called her back later and said she made them angry.

"You made me very angry,” Kricheldorf explained. “You broke my peaceful existence up and now I'm going to worry. And I hope you have to worry to because people are going to come looking for you."

Dianne hasn't heard from them since and does not believe they've been caught.

Investigators in Chautauqua County and the FBI in Buffalo report a sharp uptick in scams, especially amid the COVID-19 pandemic. They said the number is expected to rise during the holiday season, as the elderly are seen as easy targets.

"They're polite, they're trusting, and generally are good with their finances and have good credit and that's attractive to scammers," Joshua Arnone, Chautauqua County Sheriff's Office investigator, said.

Arnone said scammers use techniques, like pretending a loved one is in jail, befriending people through social media and calling them with a financial emergency. He said never give out personal or financial information, and recognize the red flags before it's too late, as many incidents go unreported.

"At times, they feel embarrassed. I've unfortunately seen victims give out their life savings because they truly believe this person is someone who cares for them," Arnone said.

Dianne contacted the Center for Elder Law and Justice inside the Main Court Building in Buffalo, where staff is working to keep her protected.

And while this real-life puzzle wasn't fully solved, Dianne said she did it to help others who may not be as clued in as she was.

"I was doing it to try and protect the seniors. So, I'm not afraid of anything really, which is not the best thing to be, but if I can help people out I do," Kricheldorf said.