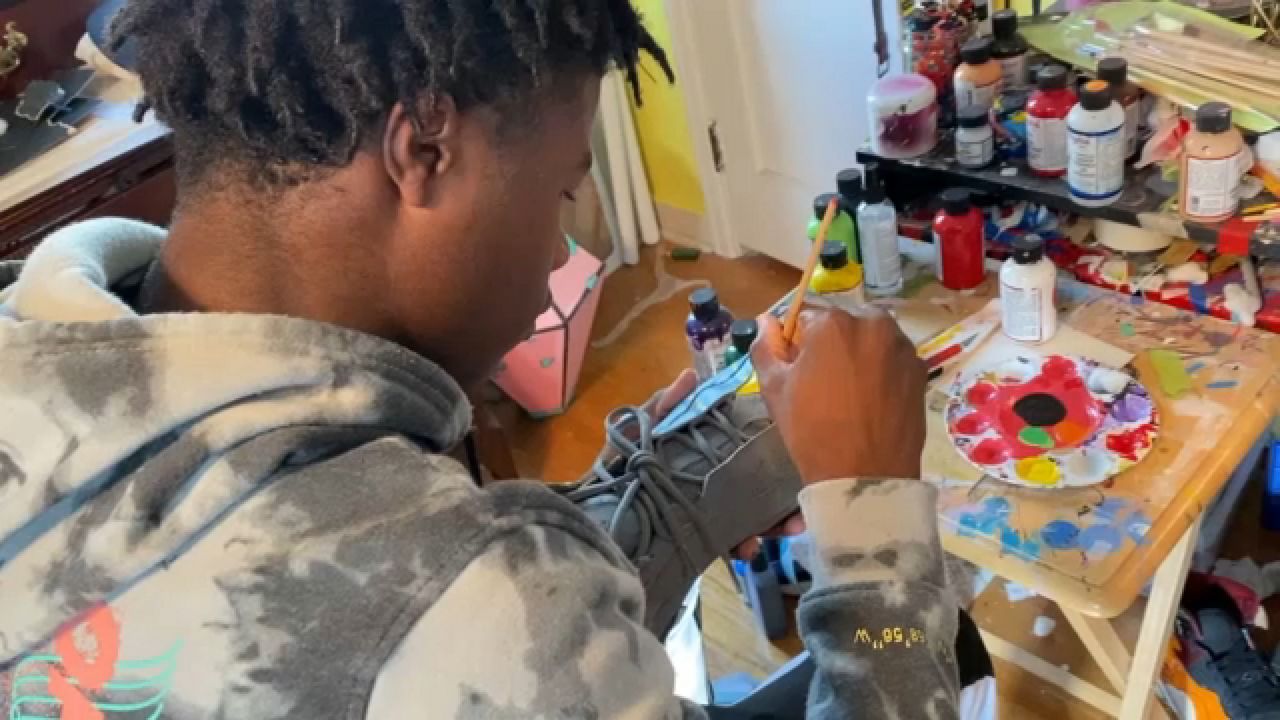 BUFFALO, N.Y. — Emeka Wajed, 17, has turned his passion for art to the next level.

It all started four years ago, as a way to get his parents off his back.

“My dad suggested I should get off my phone because I was on it a lot,” he said. “I was a kid that just got a new phone, and I was sort of playing with that and he suggested for me to paint on my shoes.”

So at the age of 13, Wajed picked up his brush and got to work. Years later, and it’s more than just a passion for the high school senior: it’s a job.

“I sort of want to please the customer while giving my best effort in showing I paint on a pair of shoes,” he said.

“My dad usually tells me, ‘hey that’s your shoe on the field,’ because I don’t really watch sports, but I’m very excited to see that they have them on. Especially in pictures,” Wajed said.

A lot of time and effort goes behind customizing the shoes. He’s worked up to nine hours straight on a pair, but now he says he’s balancing college applications with his business. Emeka says his source of inspiration varies for each pair of shoes.

“Really depends on my mood,” he said. “I sometimes maybe listen to music — it depends on the artist I’m listening to. What the design’s going to be like, if it’s going to be sort of an original design or if the customer wants me to reference from. It all depends.”

Amid his success, Wajed has some advice for his fellow young artists.