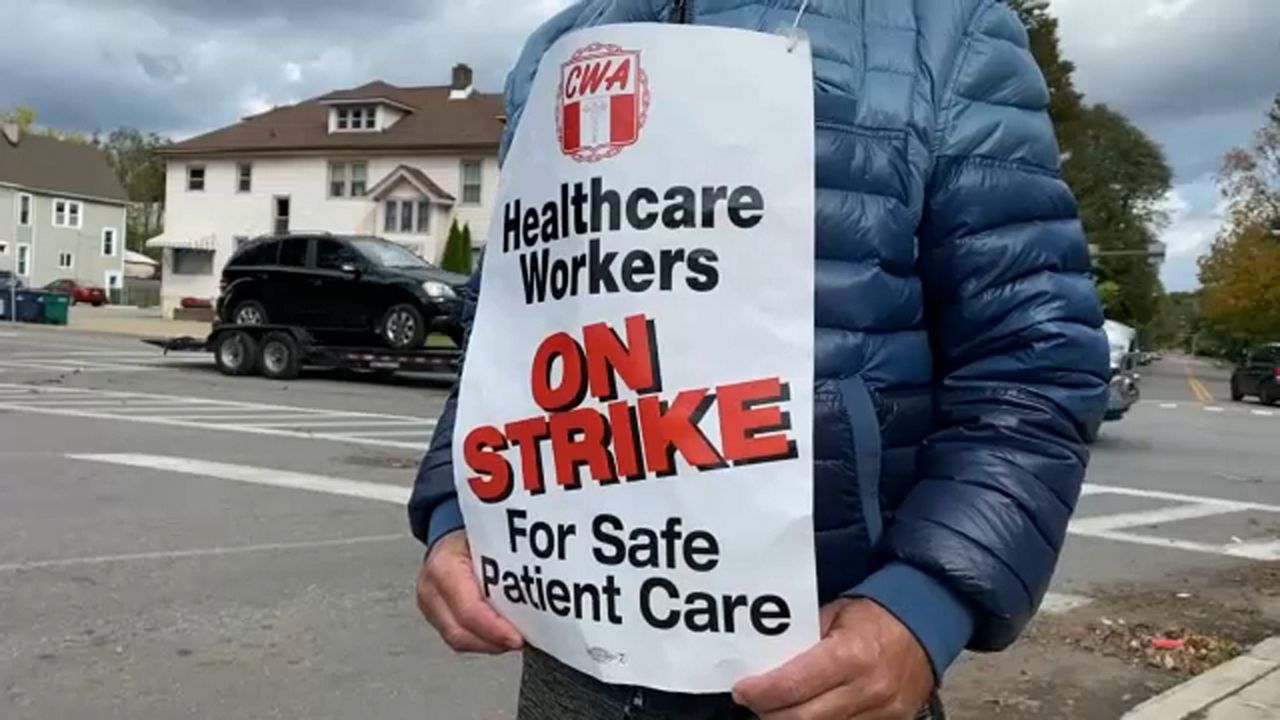 BUFFALO, N.Y. — Workers at Mercy Hospital of Buffalo are now entering day 27 of their strike against Catholic Health.

The health care organization gave an update Tuesday on the status of the negotiations. Catholic Health says it's working to provide fair and competitive wages.

CEO Mark Sullivan says they believe the current offer on the table is a win for its associates.

"It's not a bargaining war," said Sullivan. "This can end today. It can end right now. The offer on the table again, fair and competitive wages, fair benefits, the best staffing model, most progressive in the state. Those are the three priorities that are mentioned in press conferences by CWA. Why is there no deal? I can't answer that."

Sullivan says they have continued to provide health benefits to workers on the picket line, but as the strike nears a new month, leaders will have to consider whether those benefits will continue.