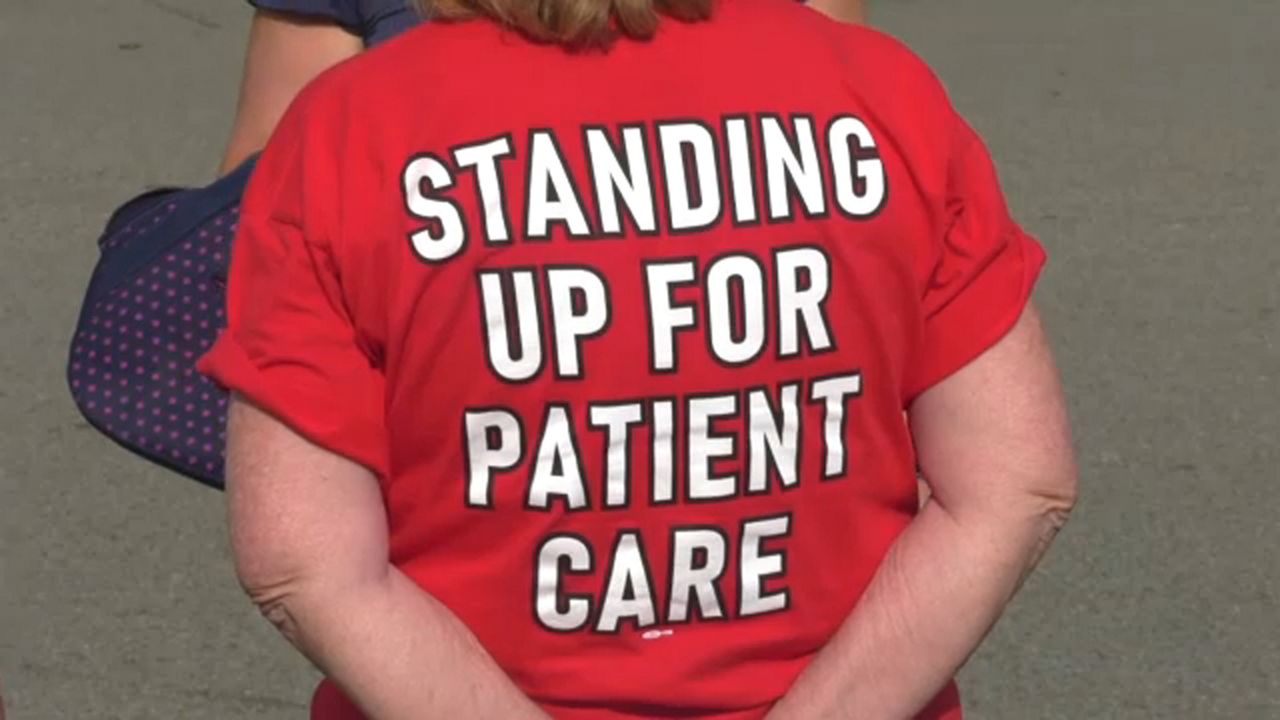 BUFFALO, N.Y. — CWA has made a counterproposal to Catholic Health in an effort to end the ongoing strike at Mercy Hospital.

Catholic Health submitted what they called their final economic proposal to CWA leaders on Monday, but the union says that it will not be enough. Catholic Health’s proposal would give registered nurses just over a 4% pay raise.

CWA Upstate Area Director Debbie Hayes would not go into specific details of the union's latest counterproposal Tuesday evening, but she did say Catholic Health has still not offered employees at Mercy Hospital what they want in terms of wages, benefits and working conditions.

"We had a very tense conversation on the bargaining table today,” she said. “As you know, Catholic Health labeled their last proposal to us as their final offer. So what that indicates to us is that they have no additional movement, and there is no additional money that they can put on the bargaining table and that poses a real problem. So we are concerned that Catholic Health put their final proposal on the table and we're here, we want to keep working and we want to get an agreement."

Workers have been on the picket lines at Mercy Hospital since Oct. 1.