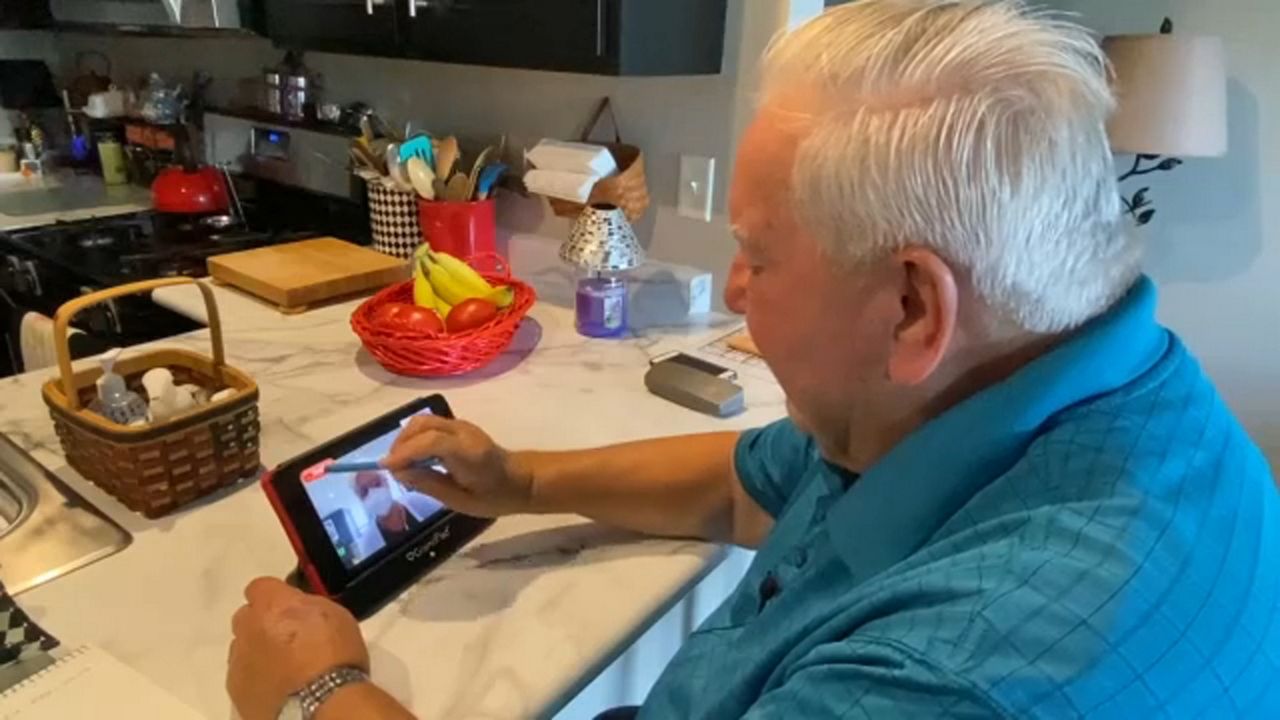 Stanley Kalata, 83, of Depew is a faithful Bills fan who got a Josh Allen jersey for his birthday last August from his wife of 54 years, Karen, and her sister.

While Karen and Stanley have each other, and a few good books to pass the time, they still felt very isolated the last year and half amid the pandemic, unable to even visit their daughter and grandchildren in Syracuse.

"It's been hard,” said Stanley. “It's very difficult not being able to get in touch with people and stuff like that. Very challenging, I mean, to have that alone feeling."

To overcome that feeling, Stanley was given a GrandPad from Catholic Health's Living Independently For Elders, or LIFE, program in Buffalo.

"It allows people to keep their sense of independence,” said Recreation Coordinator Catherine Wetzler. “It allows them to stay home in their natural environment."

Wetzler says the program is designed for older adults and features a wide array of activities and medical services.

During the pandemic, the day center shut down, leaving staff to get creative with how they were going to keep people like Stanley interacting and socializing.

"It was difficult at first, getting the hang of it and how to handle it and stuff but they do help you along quite a bit to get used to it and how to do it,” said Stanley.

Stanley says he's amazed by all the things he can do with his GrandPad, including sending emails, sharing photos and staying connected.

"You don't get that feeling of loneliness so much,” he said. “It's really exciting to have all these new friends and stuff that you make, games you can play with them. It's terrific."

With his GrandPad, Stanley likes to play a spirited game of Po-Ke-No with Catherine and his other online friends. And while he came up a few chips short of winning, he's forever grateful for the technology.

"This is terrific,” he said. “It's all kinds of fun. It's just a good experience. You're never alone. You always got something to do."