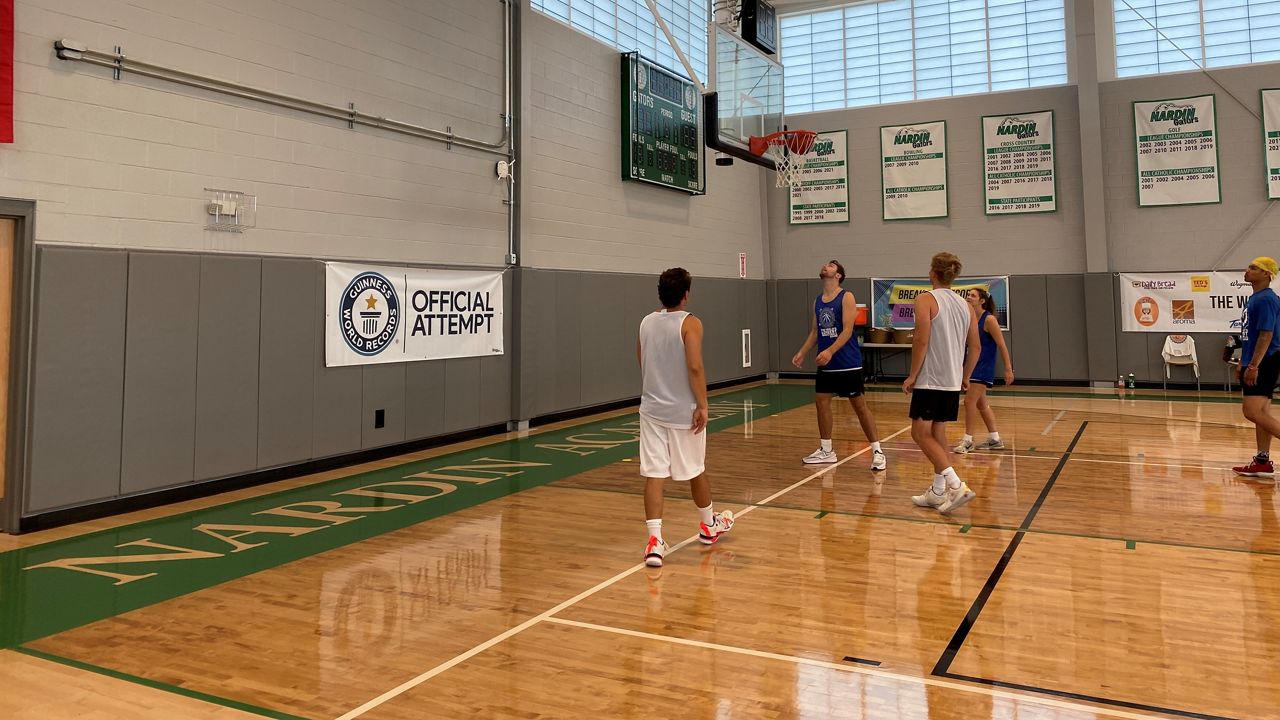 BUFFALO, N.Y. — On August 6, players from across Western New York and Canada hit the court of Nardin Academy to kick of an attempt to break the Guinness World Record for the longest basketball game. But it’s not just about the recognition, as these teams are playing for an important cause.

“Six years ago, I started running a neighborhood basketball game in my driveway known as the Berryman Drive Fiesta Bowl," said Nick Revelas. "It was kind of a fun way for our neighbors to get together in the driveway. And then, over the years, it’s kind of become this massive fundraiser, not just to raise money for mental health, but also awareness.”

Revelas and a few friends began the fundraiser after losing a close friend, Devin Waring, to suicide. After some changes due to the pandemic, the annual tournament is back, and bigger than ever. Players hail from high schools and colleges across Western New York, and even north of the border from Canada.

“We’ve always had kind of a basketball background, running three-on-three basketball tournaments and obviously the little game in the driveway," Revelas said. "And so given, obviously the COVID-19 pandemic, we couldn’t host a big tournament with hundreds of people. So we wanted to come up with something creative. And then the idea came together; what better way to break the stigma surrounding mental health than by breaking a world record?”

That record, by the way, is 120 hours, one minute and seven seconds, which means Revelas and the other players will be balling until Wednesday evening to achieve their goal. Until then, Nardin is their temporary home, with food and refreshments provided by volunteers, spaces to sleep, and ice and Epsom salt soaks to ease aches.

“Physically, all of us are a little banged up,” Revelas said. “But we’re doing okay and mentally, everyone’s in good, positive spirits which is great.”

Cameras and witnesses are watching at all times to ensure the teams are fulfilling their time on the court for the consecutive game to go as planned. With the clock counting down, the players and larger community alike are anticipating a grand celebration.

“If we end up breaking the record, we have over 1,000 balloons up in the gym ceiling," Revelas said. "Those will all come down, the official Guinness judge will be here to verify it. And they’ll actually give us our official certificate congratulating us on this endeavor.”

The teams can’t meet the goal on their own, though. In addition to donations, which have already totaled over $50,000 this year, filling the stands to cheer on these resilient players will make breaking the record much more meaningful.

“We would love if anyone wants to come out and support us,” Revelas said. “Nardin is open around the clock, twenty-four seven, we’re playing, we’d love the support from the community and yeah, so far it’s been fun.”

To learn more about the game and to donate, visit FB21.org.