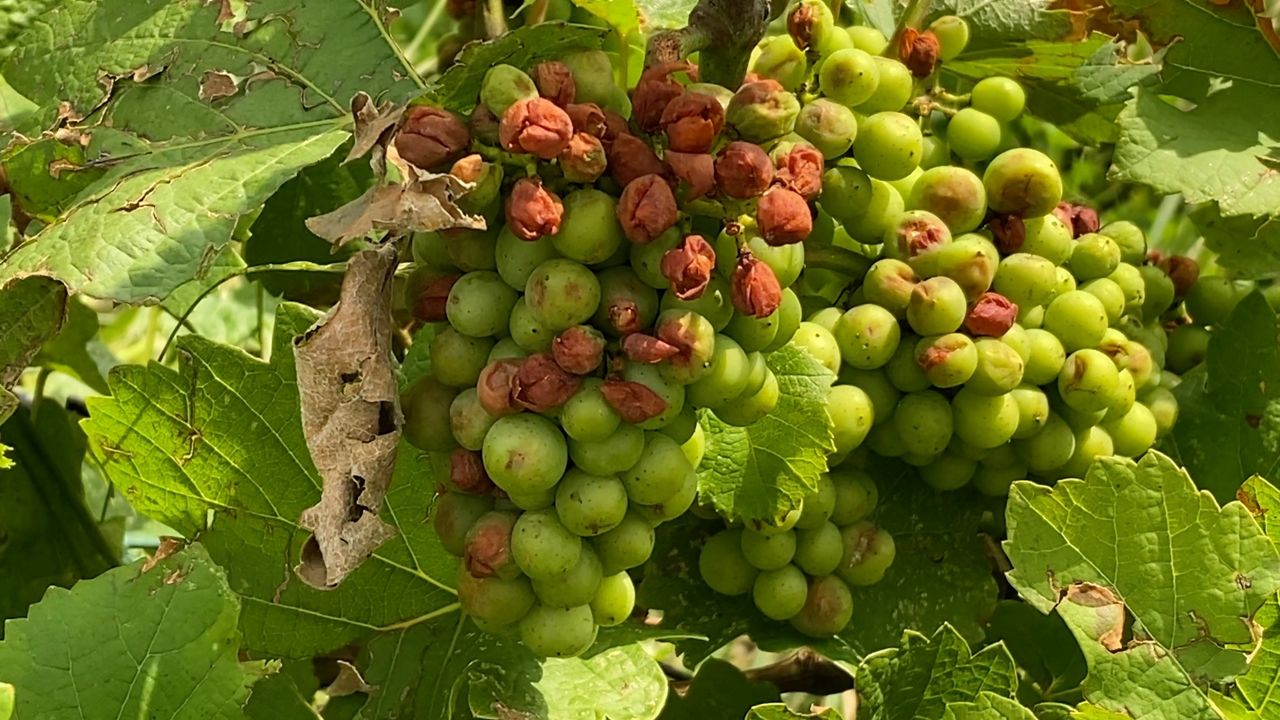 LOCKPORT, N.Y. — Western New York has seen its fair share of stormy weather this summer, and for some it has caused immense damage.

The owners of Arrowhead Spring Vineyards are regrouping after their grapes were pummeled by hail.

“I grew up on a farm and I said farming was the last thing I’d do,” Arrowhead Spring Vineyards co-owner Robin Ross said. “I was a software engineer for 20 years. My husband was in IT. This was really his dream to have a winery. At one point, he was talking about waiting until we retire. But farming is a lot of hard work, so we started way before retirement.

Ross says she definitely enjoys her work, but there are ups and downs. The latter of which occurred this week.

“The grapes were coming along quite nicely this year,” Ross explained. “We had a really good crop. Then Tuesday, we had a storm. It was just phenomenal. In less than a couple of hours, we had nearly five inches of rain. Really it was hail that did the most damage.”

She says the crop sustained about 70% loss, adding that this grape harvest would have been used for making wine two years out. She and her husband can purchase grapes from other growers. Though the damage from the storm has been a setback and a financial hit, Ross is trying to focus on the positive. ​​

“It was a bad incident,” Ross said. “But we’ve been getting support from fellow farmers and neighbors and people reaching out and asking if we’re okay.”

Senate Republican Leader Rob Ortt and Assemblymen Angelo Morinello and Mike Norris have sent a letter requesting coordination between the New York State Office of Emergency Management and Lockport, Niagara Falls and Niagara County. This is in regard to the recent flash flooding in Western New York.