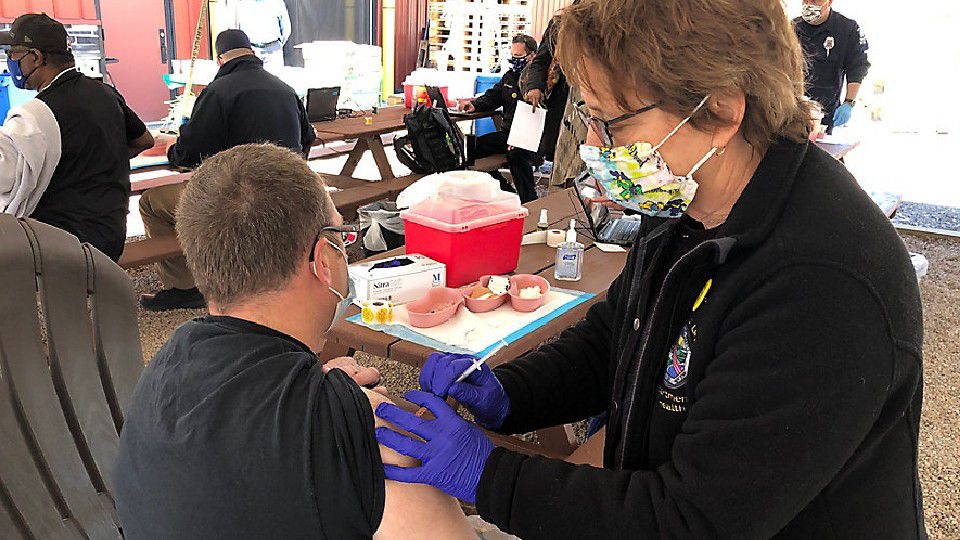 Along with the beers, there were plenty of shots to go around too, but they weren't whiskey or vodka.

It's all part of Erie County's “Shot and a Chaser” program. Those who came and had their first dose of Moderna COVID-19 vaccine received a free pint glass and a beer.

"I just want to be safe for my kids and my grandkids, the people around me," said Louis Traylor of Buffalo.

"I've already had COVID a couple of months ago, and I don't want to get it again," said Kelly Meiler of Buffalo. "I think it's just the safe thing to do."

Erie County is making an effort to reach more people with the vaccine. Pop-up clinics like this one are meant to be an incentive for folks to get their shot. Lorne Reitzenstein is a dual citizen of the U.S. and Canada, and he came across the border for his.

"It's brilliant, for sure,” he said. “It sold me. I'm going to have to quarantine for two weeks just to come here and get a shot.”

People who have their first dose here will come back in a month for their second dose. Nearly 150 people got their shot over the weekend at a similar clinic at Resurgence Brewing in Buffalo. At least 100 were expected at this event at Flying Bison.

"Oh, it's spectacular," said Flying Bison founder Tim Herzog. "You can see them walking in here. They're happy. ‘I'm going to get the shot. I'm a step closer to safety. A step closer to getting my life back.’"

People like Serendy Genau, a University at Buffalo medical student who says this program is a great incentive for the younger crowd who might be undecided about getting the vaccine. She had her first shot on Wednesday at the clinic.

"As a student, we enjoy a drink or two, so I think it's definitely appropriate for young people," she said. "Who doesn't love a free drink?"

Erie County is holding several more of these "Shot and a Chaser" clinics, including two this Saturday. One at Thin Man Brewery/Tappo on Chandler Street in Buffalo, another at Steelbound Brewery in Springville.

Those interested can make an appointment through the county, but walk-ins are also welcome.