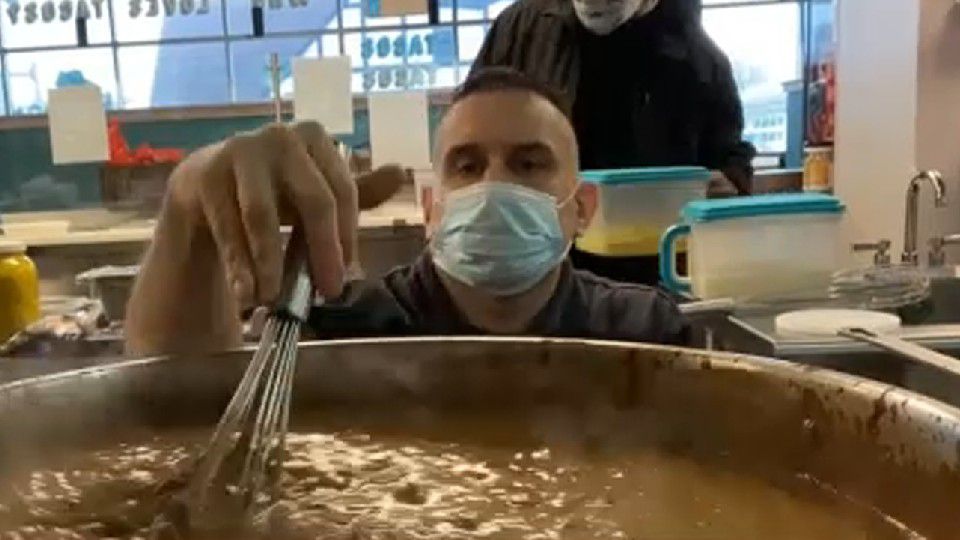 "Soup for the Soul" Serves Up Hot, Free Meals in Niagara Falls

NIAGARA FALLS, N.Y. — Through March and April, Donald "Chef Donny" Breitkrus is a busy guy. The head chef for the nonprofit F BITES cooks up giant batches of soup to be given away for free in different locations throughout Niagara Falls.

I stopped by on a recent Thursday, when he was putting together the finishing touches on a massive pot of chicken and vegetable stew.

"I try to do something that matches the weather, and stuff that’s outside," he says. "So today, I did something a little more hearty."

Despite enduring a car accident in 2010 that left him wheelchair-bound, Breitkrus has continued to follow his passion and keep cooking. His recipes allow "Soup for the Soul," a partnership between F BITES and Create a Healthier Niagara Falls Collaborative, to thrive in different locations around the Falls.

"It’s very rewarding," he says. "It makes me feel good to know the stuff that I’m doing is going to help the community at large, to feed the people that could really use it in Niagara Falls."

According to Brian Archie, co-chair and change agent for the Collaborative, "Soup for the Soul" started as a way to help people experiencing homelessness.

"When we think about the folks that are actually out here, walking the streets, and may not have a place to go, how do we make sure that they have a hot meal throughout the day?" he says.

"Soup for the Soul" has expanded to feed anyone who wants a hot meal — future dates and locations are below: