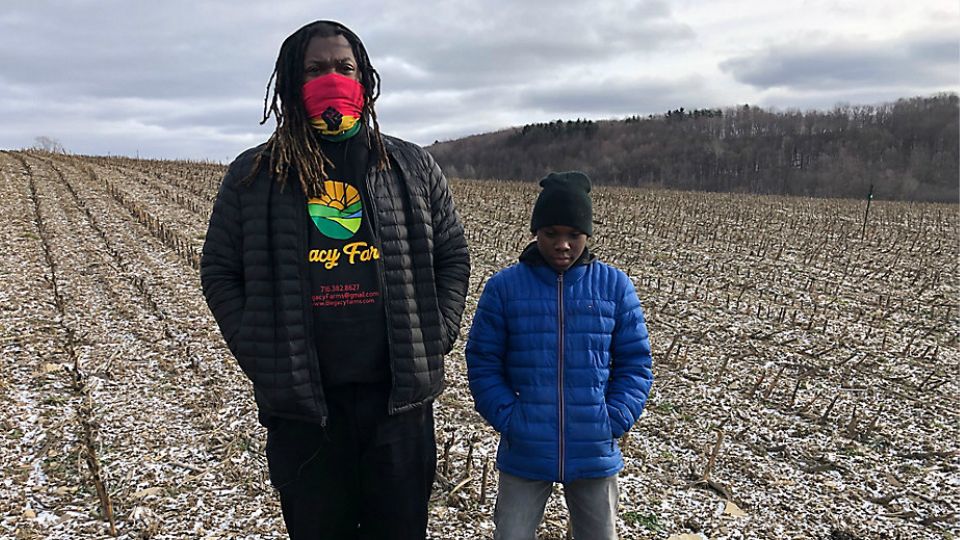 A Buffalo man is on a mission to get more of the Western New York community involved in farming.

It's a dream come true for Alexander Wright.

"This place still gives me goosebumps whenever I come out here," he said as he looked out at the 22 acres of farmland he now owns in Cattaraugus County.

"The smell and the feel of it, it's just awesome," he added.

Wright founded the African Heritage Food Co-op in 2016 to provide fresh food to parts of Buffalo that were considered food deserts. Four years later, hundreds of thousands of families across Western New York have been fed thanks to the co-op's efforts. But now Wright is taking things a step further.

Wright said, "What I was finding is we were spending hundreds of thousands of dollars in procurement buying fruits and vegetables and not a lot of that was going to people from our neighborhood, so we wanted to open up and have space for people who wanted to grow to come and grow."

"Our target demographic for the people who are out here are people from disadvantaged communities but no one is going to be turned away," Wright said.

Targeting those demographics is important considering Asians, Blacks, and Hispanics make up about 5% of farm producers in the country, according to the 2017 Census of Agriculture. In addition to providing opportunities to those in underrepresented communities, Wright also strives for economic advancement. The African Heritage Food Coop has committed to purchasing selected crops from Blegacy farmers.

"We want to continue to create opportunities for folks to be successful and to do better for themselves and their families," Wright said.

With his 11-year-old son, Alexander, right by his side Wright says he'd love to see families come out and grow together. After five years of renting on the farm, farmers will have the option to buy some of the land. This is all in an effort to build a community there.

"I don't want to retain ownership forever, I want to share ownership with people who want to work this land," Wright said.

If you're interested in renting a plot or learning more about the farm, head over to their website www.BlegacyFarms.com.