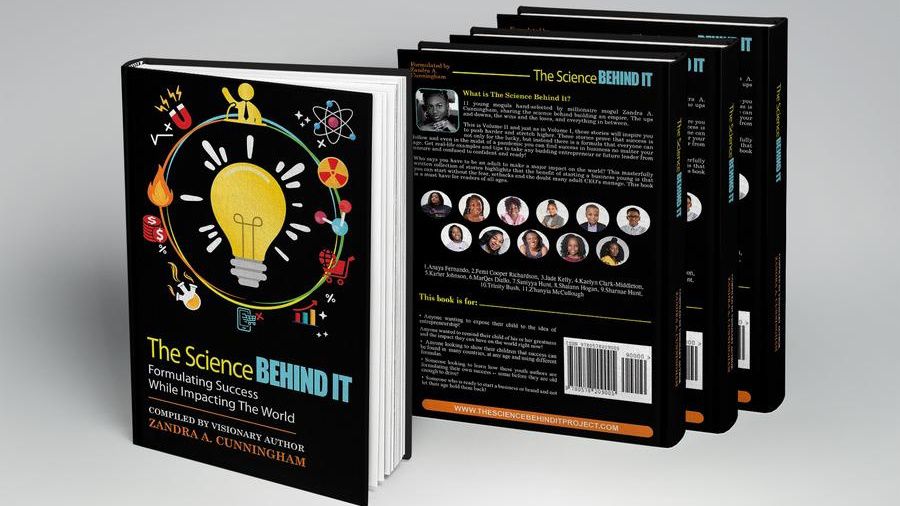 BUFFALO, N.Y. — When many of us were growing up, launching a business was probably something we didn't think about it. But that's not the case for a dozen entrepreneurs who are publishing a book about their paths to success at a young age.

“I feel like anybody can be able to pick it up, read it, and relate to it,” said Zandra Cunningham.

The Science Behind It , Vol. 2 is the second part of an anthology series created by 20-year-old Zandra Cunningham, of Buffalo. She collaborated with 11 young entrepreneurs from all over the country to share their stories and network with people who took the leap at a young age to kickstart a business. Something Zandra knows all too well. She started her premium plant-based skincare company, Zandra Beauty, when she was just 9 years old.

"I wanted to create a product that not only looked good and smelled pretty but also it is made with real amazing ingredients that actually really worked for my skin and that can benefit your skin in the long run," Cunningham said.

Fast forward to today, you can find her products in places like Target and Wegmans. But with all this success, she says often came loneliness of being a kid entrepreneur. That's why she wanted to co-author a book with youth who are going through what she experienced, in hopes of creating a network for them.

"Now these kids don't feel so alone as much as I did, now they have a community even if it's virtually at least it's something,” she said.

It's something that will help kids like 12-year-old Western New Yorker MarQes Diallo. He wrote a chapter in the book about how his personal struggles led him to start The MarQes Enterprises, which sells motivational and inspirational items.

"When I was younger, I got bullied and I didn't want people to feel the way I felt so I created the business to make sure people who might feel sad, lonely, and depressed can feel happy and joyful," Diallo said.

He was even younger than Zandra when he launched his business at 7 years old. He has advice for others who think they're not old enough to go after their dreams.

"You're always going to have a chance, never give up, always try hard be your best self," he said.

Zandra hopes that message along with lessons from the other authors reach as many people as possible.

"Learning from these amazing kids and them telling their stories and their journeys of how they have overcome their shyness and stage fright or things that people struggle with every day or you can even relate in your adult life. I want them to be inspired by what these kids have done," she said.

The book is available for presale now and the launch date is December 16.