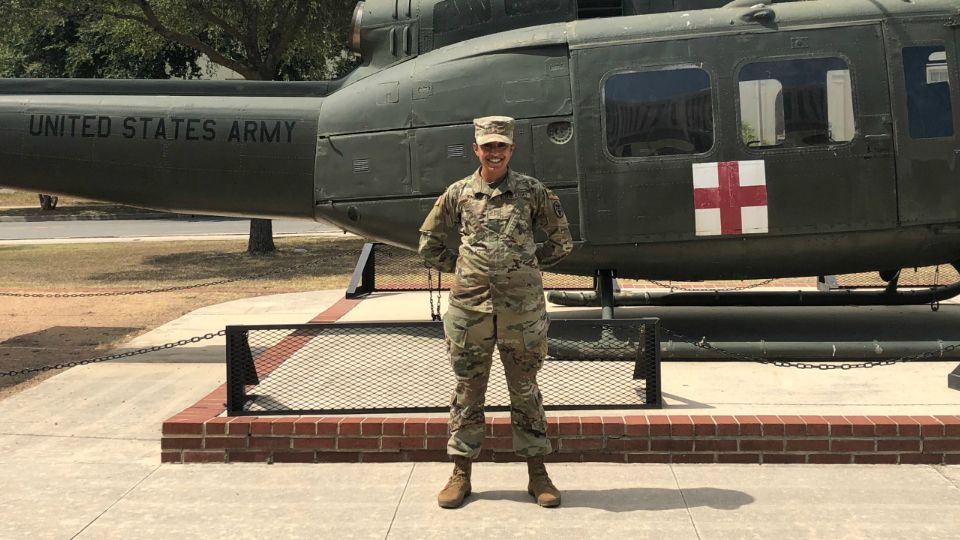 Most people pursue a single field, but one Western New York woman is going after two: the military and medicine.

“We have home videos of me checking my mom’s temperature and running around with a first aid kit," says Dilpreet Kaur.

From the time Kaur was little, she knew that she wanted to be a doctor. Coming from a military family, she also knew that serving our country was a top priority.

“I was always bright eyed and would try on my grandpa’s uniform and salute whenever he’d walk into the room," adds Kaur.

Then came the question of how to merge Kaur’s two passions. The answer was found through the Health Professions Scholarship Program, which pays for the medical education of prospective military physicians.

“What this affords me is a chance to practice medicine, but also serve our country," says Kaur.

Now a second-year student at the University at Buffalo Jacobs School of Medicine and a second lieutenant in the United States Army, Kaur is making both of her dreams come true.

“I’m a first-generation American and I take great pride in that, but I also know that I wouldn’t be sitting here if it weren’t for our military members, so giving back in this sense is probably the most noble and valuable thing I could be doing and leaving a mark," explains Kaur.

Finding time for medicine and the military is a daily challenge.

“Staying fit is engrained in us from day one of training. I will be assigned to a deployable unit, so they want to make sure that we are equipped with our medical knowledge, but that we’re soldiers first. At certain times, it’s frustrating to finish a long day of studying and then have to go out for a run or finish that workout, but I have to keep my future goals in mind," says Kaur.

She is grateful to have the opportunity to give back to her country in not just one way, but two.