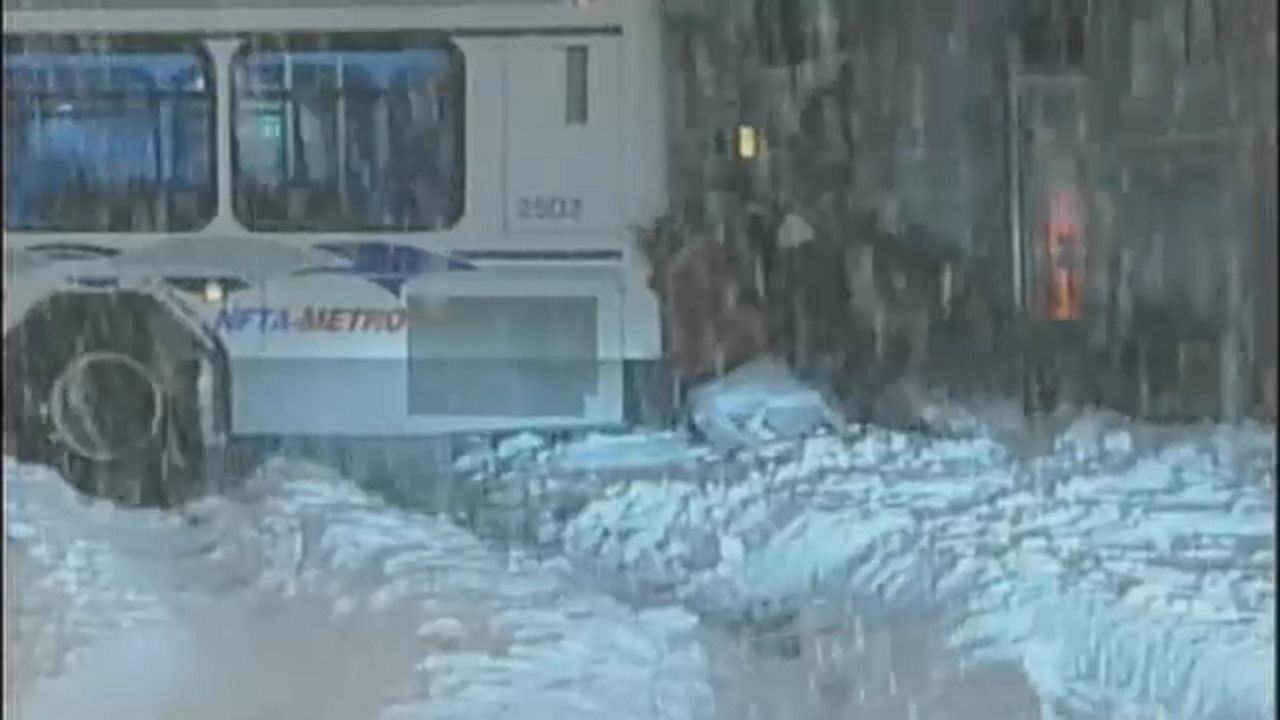 Western New Yorkers are no strangers to snow — but a snowstorm in mid-October took the region by complete surprise in 2006.

"I hope I'll never experience anything like that again," said Cassie Townsend, who lives in Tonawanda.

It's been 14 years since the October surprise storm dumped nearly two feet of snow across Western New York, just weeks into the fall season. Those who were here still remember it like it was yesterday.

Townsend said, "It was complete chaos, I've been to South Carolina during a hurricane and like it's almost comparable to that."

Townsend worked at Lowe's on Niagara Falls Blvd back then and remembers all the lights in the parking lot going out the night of the storm. She says then people started coming in to buy generators and shovels as the snow piled up — but one thing she'll never forget was the destruction that was left behind.

"It was just left and right, like anywhere you looked, there were just trees down everywhere and on top of each other, on top of cars," Townsend said.

Paul Maurer, the chairman of Re-Tree WNY, said, "Very wet snow which when they lay on branches such as the tree behind me, they're still pretty much adhered to the tree, the leaves are, which will pull the limbs and cause breakage and pull the power lines down."

Weeks after the October surprise, a group of Western New Yorkers came together to establish Re-Tree WNY and started planting trees in public areas devastated by the storm.

"Over the 14 years, we're well over 30,000 trees that our volunteers planted, which equals 60,000 because each time we plant a tree, we're also asking the municipality to match us one for one," said Maurer.

The group plans to plant more next month all in effort to continue the re-forestation of the city. This all proves that even though years have passed, the recovery from the October surprise continues.

Re-Tree WNY operates on donations solely. If you'd like to help them out, you can visit their website.