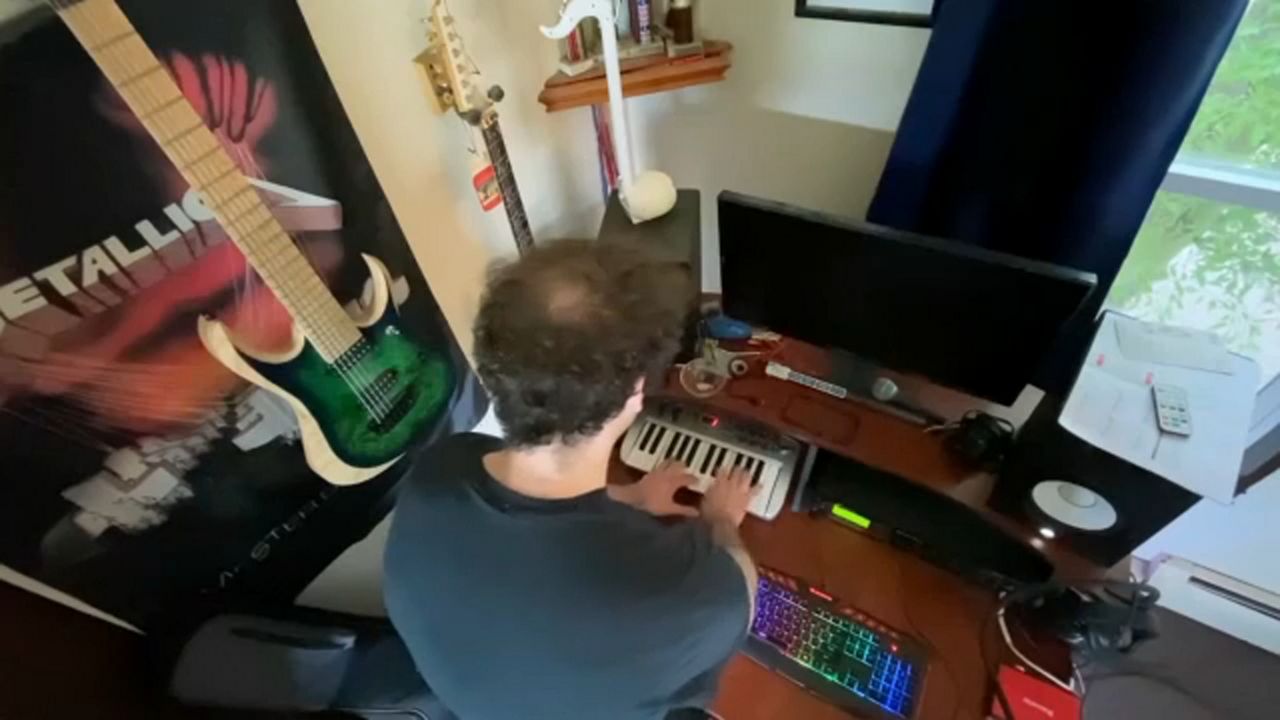 Everyone faces obstacles, but not everyone perseveres to overcome them. Hope: that’s what one musical mastermind wants to share.

“No matter how bad the situation is, you should never let a disability stop you from doing what you want to do,” says James Jagow, musician and composer.

Jagow tells Spectrum News this as we stroll through Western New York’s Audubon.

“I like to come out into these woods, because I like to get inspiration from nature,” says James.

That inspiration is for his musical compositions. James was a member of an award-winning band, had a score featured in the documentary, “Normal People Scare Me Too,” and just graduated from the prestigious Berklee.

Hearing about James’ accomplishments, some might wonder what he even knows about obstacles — but the answer is a lot. He struggles with autism every single day, and every success comes with many difficulties.

“Music is my way of expressing myself, because as someone with autism, I have a hard time socializing like most people do,” adds James.

Raised by a single mother, just trying to make ends meet, Lori Jagow, was relieved when her son found music as his solace at a young age, but the challenges didn’t end.

“The time came when I was laid off of my job and I didn’t have the heart to go to him and snatch that trumpet away from him because I couldn’t afford the payments,” says Lori Jagow.

One day, she received a call saying her son’s trumpet had to be repossessed.

“I almost broke into tears and said, ‘My son has autism and music is the only thing that gets him to go to school.’ He was refusing to go. There was this pause on the phone … and she said, ‘Consider it paid in full,’ ” explains Lori Jagow.

Through the ups and the downs, this family never gave up. James Jagow worked hard for eight years to get his Berklee degree, sometimes spending up to 20 hours straight practicing.

“We were told, ‘can’t can’t can’t’ and Jim is living proof that you absolutely can,” says Lori Jagow.

James Jagow wants to stay in Western New York, which he calls home. Even being interviewed for something like this news story isn’t easy for him with his autism, but he pushes himself to do it, because he wants to share a message: no matter what you have to overcome, just keep trying — because you can succeed.