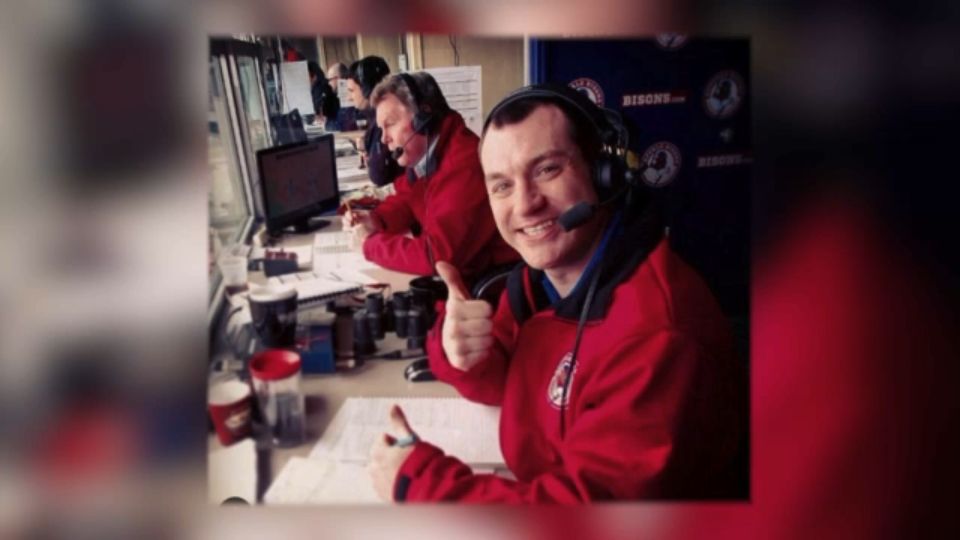 When the Toronto Blue Jays take to Sahlen Field next week, radio announcer Ben Wagner will be calling the game.

And you might recognize his voice. That's because Wagner was the voice of the Buffalo Bisons for years.

While he’s been there for a few seasons, he hasn’t forgotten about his time in Buffalo and it’s a homecoming of sorts for him.

"I have so much appreciation for my time in Buffalo, from working there as a broadcaster, but also just planting my roots and growing up for the better part of a decade in Western New York,” said Wagner.

While he’ll be calling the games for the Blue Jays playing at Sahlen Field, he won’t be there himself.

"So unfortunately, I won't have the chance to actually broadcast a game there. Our company has made the decision that both TV and radio will be a remote-only broadcast,” he said during our discussion over zoom.

Instead, he’ll be broadcasting from a studio in Toronto.

"This is the best case scenario for us,” he said. “Where we sit in the studio, where we are, we are extremely protected, extremely comfortable. There are some challenges; I'm not going to lie. But when we get a chance to peak at the ballpark in Buffalo, it will be a special, special moment for me."

He’s called about 800 games at Sahlen Field, taking what he learned in the minor leagues to the major leagues.

"How the Bisons treat their broadcast specifically is top-notch,” he said.  “A lot of the credit goes to Duke McGuire, because we worked side-by-side for 11 years, 11 seasons. You learn to look different at things and I learned by just shutting up and listening to him talk about baseball."

Originally from Indiana, he's been all over as a broadcaster in sports. From his days at Indiana State, to working for a minor league team in New Jersey, to Buffalo and now in Toronto.

Although he loves it there, he says the Queen City holds a special place in his heart.

"WNY became our home and that is a place where we have long-time and will have life-long friends and experiences and any opportunity we have to get back, we'll take it," he said.

He also added that he thinks Sahlen Field will make a good home for the Blue Jays for the time-being.

“So the fact that Buffalo is hosting the Toronto Blue Jays, Buffalo is doing as good as a job as they can and to line up the protocols for health and safety first and foremost and Buffalo would not be a host if those two things were not accomplished,” he continued. “Buffalo is a top-notch facility. It has been for a really long time. And it is only showing with its footprint, with its commitment to make sure things are right, that it will continue to be the place to host the Blue Jays.”

The Blue Jays are set to play at Sahlen Field on Tuesday.