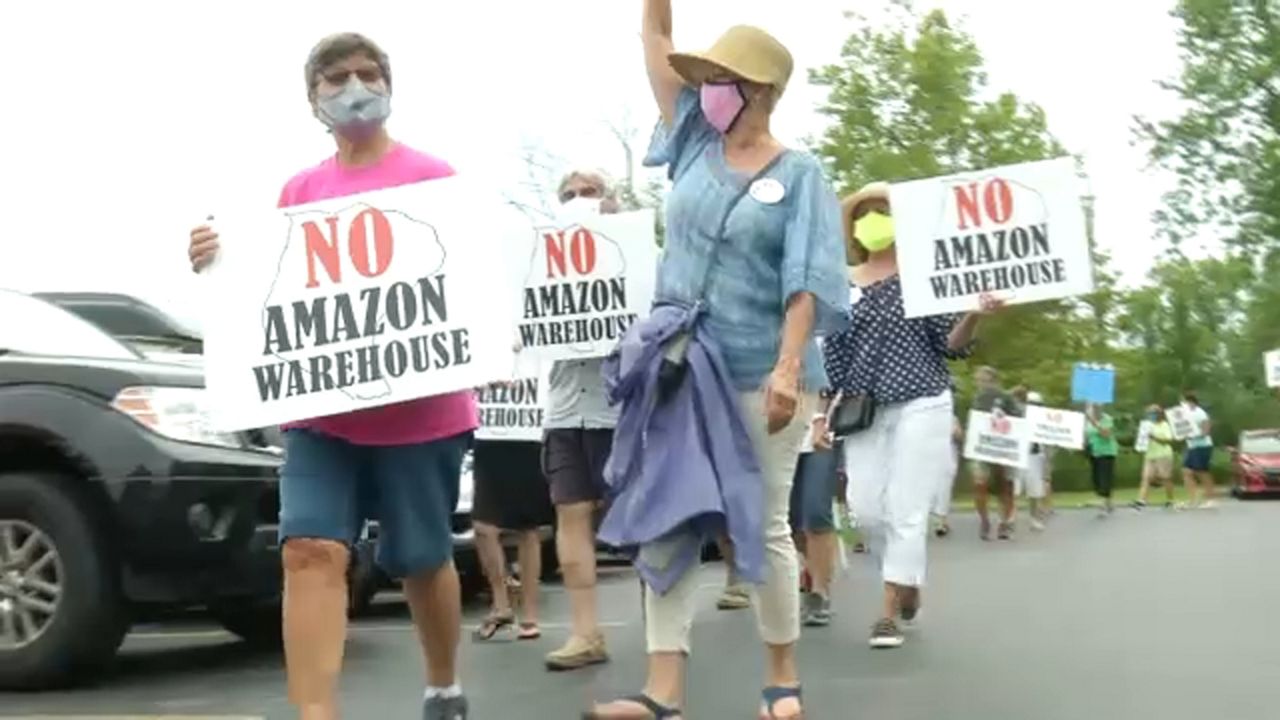 The quiet green space at 2780 Long Road on Grand Island is much more than an empty lot to residents living there.

"This is an ecologically sensitive, internationally renowned place for ecotourism," said Michael Rayhill.

One of the reasons why crowds gathered at town hall on Monday to protest a proposed Amazon warehouse project.

During the hearing, the company and developers presented their case with the town board on why Grand Island should approve the plan. Amazon offered a $10 million amenities package for improvements on the island.

"As far as we're concerned that is a pay to play offer to the town," said Cathy Rayhill of the Coalition for Responsible Economic Development for Grand Island.

"Its a substantial offer," said Grand Island Town Supervisor John Whitney. "Something that we have to take a serious look at."

Protesters say they have multiple concerns about the project including pollution and traffic.

Amazon says they plan to purchase an additional 62 acres to the west of the property.

One resident has a different opinion about the possibility of Amazon coming to Grand Island @specnewsbuffalo pic.twitter.com/5RZraXMpE8

Kim Nason of Phillips & Lyttle LLC says it's, "to permanently restrict any development there. It will remain a conservation area."

Amazon confirmed there has been economic impact and traffic analysis reports done and submitted for the site. They also wanted to clear up any rumors.

"I think one of the ones is the amount of trucks," Nason said during the town board meeting. "There will only be 400 trucks going in and out."

Thats still too many to some residents living here.

"We're not against development!" said Meg Pietras. "This just doesn't belong here on a tiny island. There are residents there. Just the exhaust from all of that truck traffic. Elderly people and children could get respiratory ailments."

A public hearing is set for August 13.