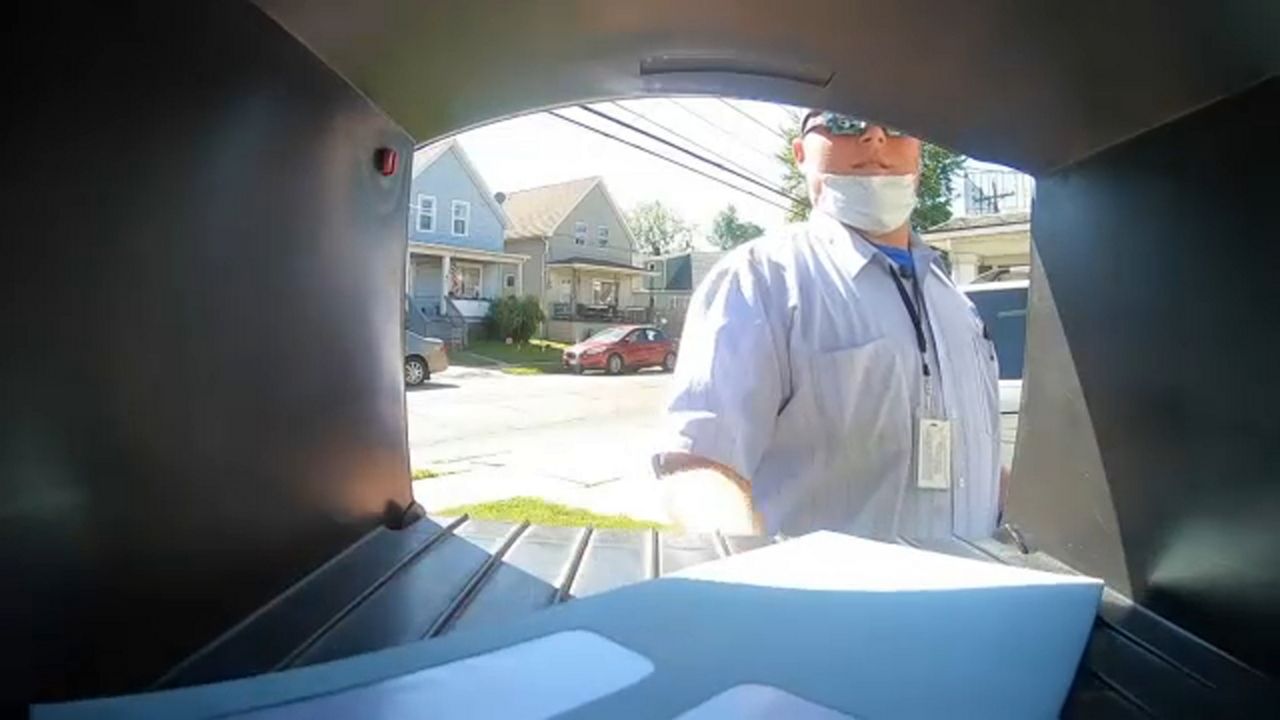 This week, the United States Postal Service is asking you be dog-diligent.

It's Dog Bite Prevention Week, and there has been a rise in instances during the COVID-19 pandemic. USPS letter carriers like Zak Darlak have their usual routes.

But sometimes like on Monday, they don’t. You might think the process of going door to door is the same, but think again.

While our furry family members offer us kisses and cuddles, there can be something about the 'mailman' that can make some act up.

"I've been attacked, I've never been bitten," Darlak explained. "I was charged by two dogs and I had a neck injury a couple of years back that took me out of work."

He's not alone. Already this year Darlak says there have been 48 Western New York carriers bitten. That's compared to last year's total of 55. Just this month there have been five instances. Last month, there were 13.

"It affects the families, you are out of work, you're not making any money, and the pain and suffering, it's just not worth it," Darlak said.

As USPS marks Dog Bite Prevention Week, the theme they're asking pet owners to remember is "Be Alert: Prevent the Bite.” How?

"We need to make sure the dog is secure in the house and not next to you," Darlak said. "We aren't going to hand you the mail when the dog is present."

If your dog is outside, Darlak asks it's away from the mailbox, leashed up or behind a fence. For its part, USPS has been rolling out the Dog Paw Program, which was created here in WNY. This year it's going national. It involves two types of stickers.

"A yellow sticker which goes on the house before there is a potentially hazardous dog," Darlak explained. "The orange sticker is a warning that there is a dog on the property. It's orange to match the dog warning card."

But in cases where they are just delivering packages, those cards aren't handy. Darlak says it's not just to protect them, but you too. If your animal attacks a carrier, you are liable. Darlak says USPS hopes the idea catches on and kids learn to use the stickers as a warning system, too.

"It can help anybody, even our competitors," Darlak said.

Darlak says the stickers are not meant to target anyone. If you end up with one on your mailbox, you will get a postcard in your mailbox explaining what it is. If you have a question, contact your local post office.