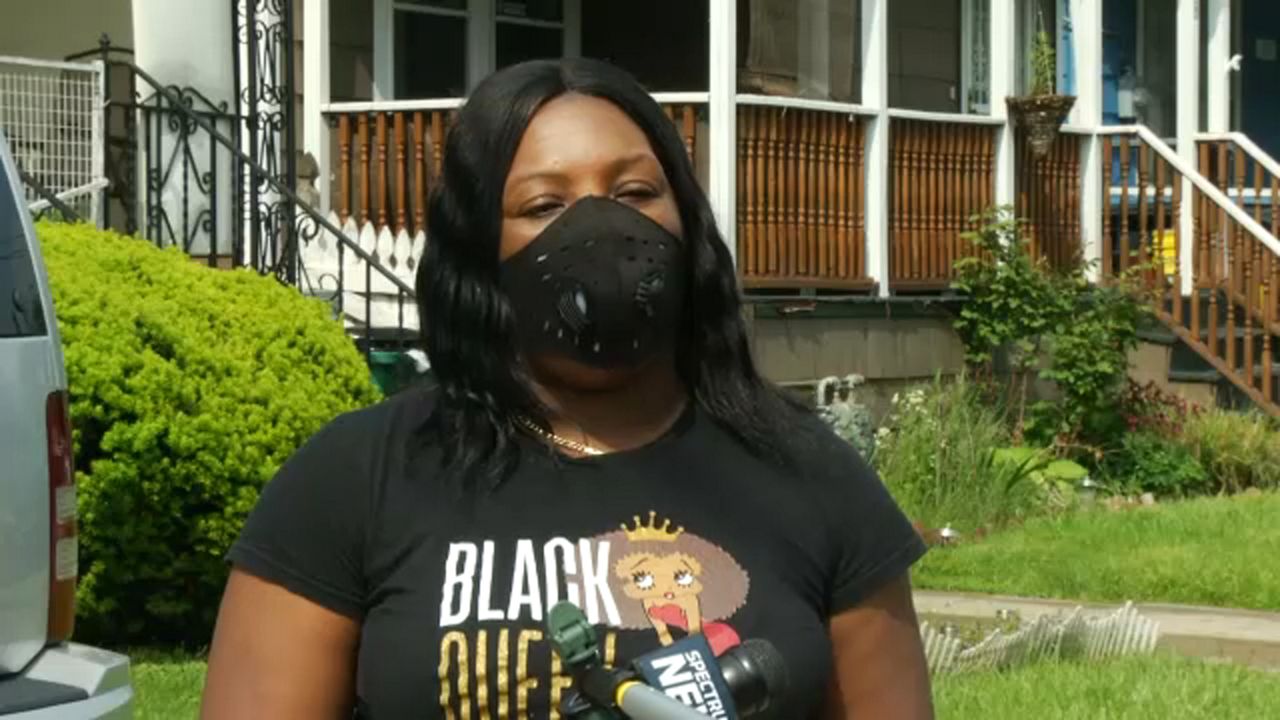 Family of Woman Accused of Hitting BPD Officer, 2 Troopers With Vehicle Speaks Out

The family of Deyanna Davis, the woman accused of hitting three law enforcement officers with her vehicle during a protest in Buffalo on Monday night, is speaking out about the incident, saying it was all an accident.

"This is a pain that you never want to feel," says Ayanna Carr Cuevas, the mother of Deyanna Davis.

Cuevas is heartbroken as she says her daughter Deyanna is in the fight of her life.

We’re hearing from the family of Deyanna Davis, who’s accused of driving into a line of police and injuring 3 law enforcement officers during Monday night’s protest in Buffalo. They tell me she was in the wrong place at the wrong time. pic.twitter.com/1nS4T8ZX5D

"This is an unfortunate set of events," says Ronald Petty, Davis’ great uncle.

Davis faces felony charges after she allegedly drove into a line of police officers on Bailey Avenue during protests near Buffalo Police's E-District station. The incident left three officers injured.

"We're not violent people at all. The family isn't violent, we don't think violence. I wanted to say, I want to apologize to the officers first, I don't want to see anyone hurt in this situation," Cuevas adds.

Her family says the 30-year-old was on the way home from a funeral repast when gunfire erupted on Bailey Avenue in the midst of those protests. They believe she may have been shot at that point, then ducked for cover, and increased her speed to escape injury.

"She was not in any way involved in a protest rally, nor was she attempting in any way to inflict bodily harm on any of the officers present at this event,” Petty said.

Family members tell Spectrum News that Deyanna was shot several times during the incident and her doctors say she could be left paralyzed from the waist down. Her loved ones describe the mother of four as ambitious and energetic, and believe she was simply in the wrong place at the wrong time and panicked as the situation unfolded.

Here's part of a statement from the family. pic.twitter.com/qiMQcbpmYY

"My daughter is getting viewed as a violent person and somebody that intentionally did something to harm somebody, and I know that's not something that my daughter would do," Cuevas says.

Deyanna's mother says if the case goes to trial, she expects more videos of the incident to be shown, not just from the moment where Deyanna hits the line of officers. Ayanna plans to be by her daughter's side through it all.

"I want them to free my daughter, I want them to let her go, and I want her to be able to come home to her children and live a normal life," she says.

You can find the family's full statement below.

Deyanna Davis Statement for... by Ryan on Scribd