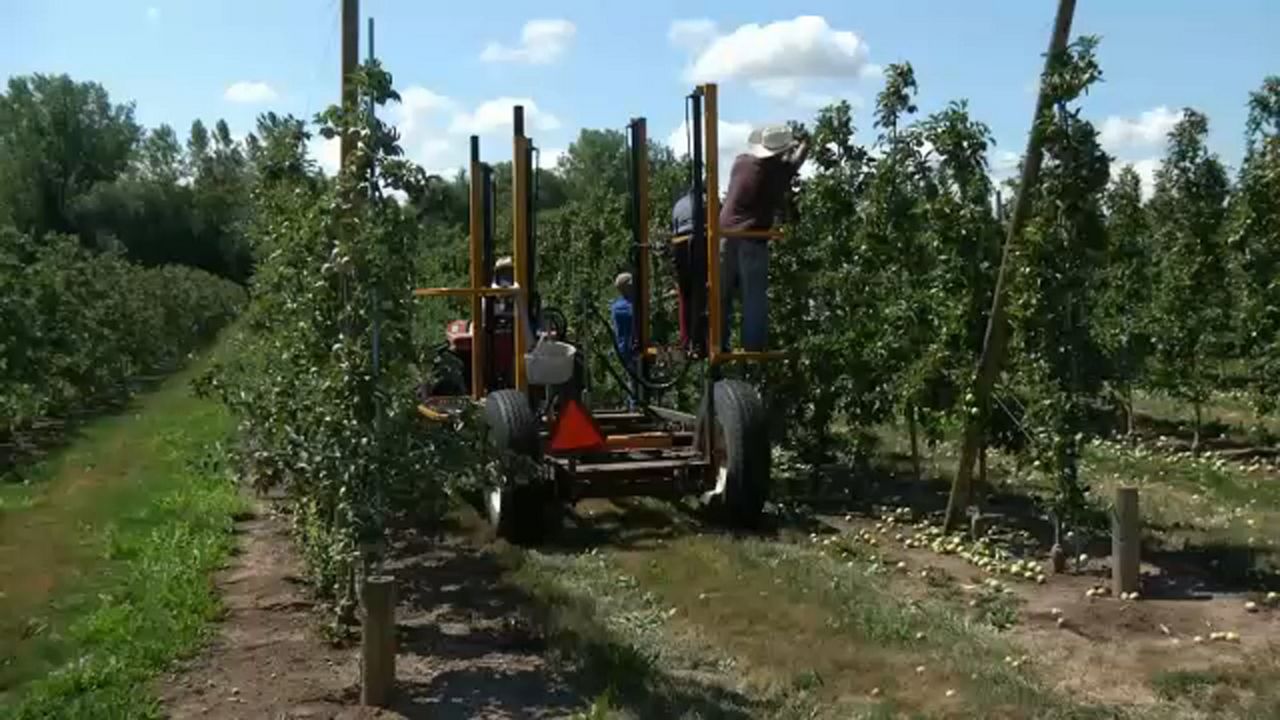 "We are a fruit farm so everything has to be done by hand," said farmer Jim Bittner.

Bittner says those hands are still hard at work. He has employed 18 migrant workers to prune and trim trees ahead of harvest season.

"If we skip something, the whole season is going to be lost," Bittner added.

The COVID-19 pandemic however has altered the workflow to include social distancing.

"The norm is that everybody comes in, sits in groups, and talks about what we are going to do, work out a plan for the day, work in groups, very few work by themselves,” he said.

Bittner says his most recent employees came from Mexico. They were some of the last to come into the U.S. before the president announced he would temporarily stall immigration because of the pandemic.

"It could be difficult to get workers,” said Bittner. “We hope by fall it will work out."

This week, the Department of Agriculture announced a $19 billion relief package for farmers hit hard by coronavirus.

Bittner says the government is also refraining from deporting migrant workers whose work permits are near expiration.

Instead the workers are being introduced to other farmers who are hiring.

Beyond changing work standards, the pandemic has affected product demand, according to Bittner.

"Some of the grocery stores are not handling the number of varieties just because they don't want as many different things on the shelf,” he said.

Getting the product to other markets is also weighing heavy on the minds of farmers.

"New York City is a big market for me," said Bittner. "Are we going to have enough trucks and drivers?"

Bittner says while his industry is still in limbo concerning the full impact of the virus, the work continues to welcome a new harvest and hopefully a better season.