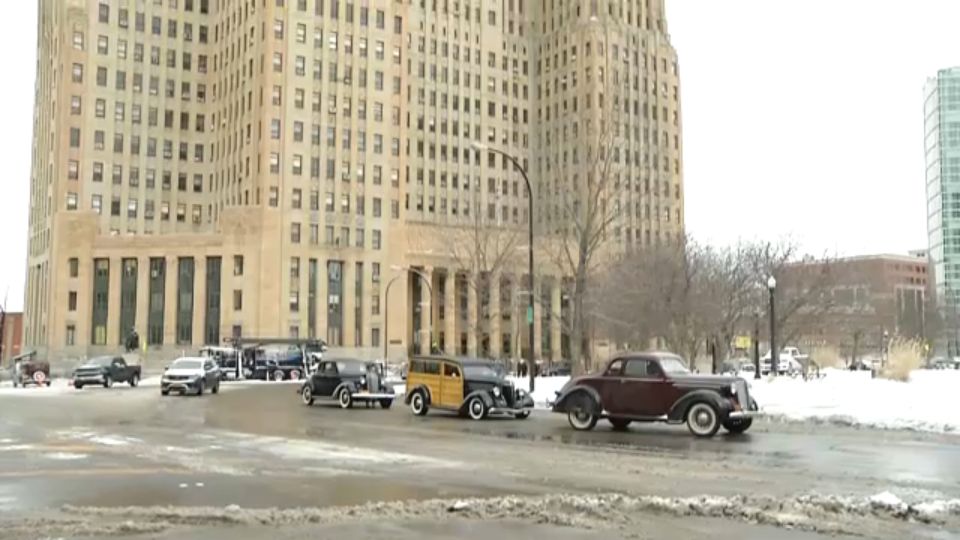 Niagara Square is “Nightmare Alley” for the day.

Crews have been bringing in vintage cars, setting up lights and even imported snow to set the scene in Niagara Square.

Some people who work downtown said they're excited to see the action.

"It's absolutely wonderful, everything that's going on, all the beautiful architecture that Buffalo's known for, i just think it's wonderful it's getting that exposure," said Andrea Salak, who works near the square.

Again, multiple roads around Niagara Square are closed for the filming, including parts of Genesee Street and Delaware avenue.

They are scheduled to re-open at 11 p.m. Thursday.

The film crew has started asking people to move out of Niagara Square so filming can begin shortly. We also just chatted with server at Osteria who waited on Bradley Cooper and Guillermo del Toro yestersay. @SPECNewsBuffalo pic.twitter.com/wd5L7zhDiE