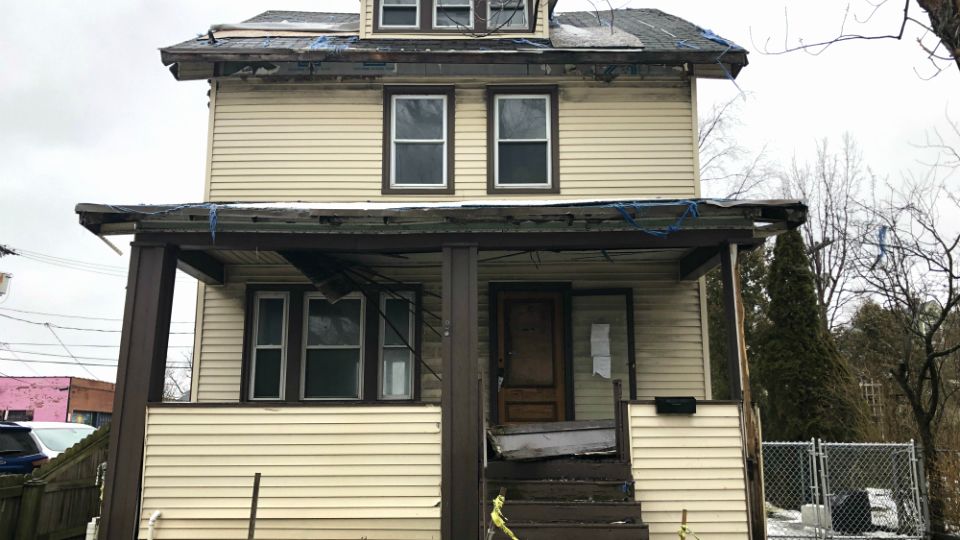 A house on Euclid Avenue in Kenmore is part of the Erie County ZOMBIES Initiative.

"This property was actually brought to our attention by a neighbor who was very concerned about the rats and pigeons that were coming on that property onto their property. So that was back in September," said Jordan Zeranti, zombie foreclosures managing attorney at WNY Law Center.

Since the complaint, the servicer has been identified and contacted, the property has been reported to the Department of Financial Services, and the rodent infestation has been worked on.

"The plan is actually to demolish this property; however, that cannot be done until the bank owns the property, which they don't because it's in the foreclosure process. And it's pretty early on," said Zeranti.

Since June of last year, the Western New York Law Center and the Erie County Clerk's Office has been working on the initiative. So far, more than 100 properties have been researched throughout the county.

"We have been successful in engaging the banks and holding them accountable and they have been responding to us. They have been making improvements to these homes that have been sitting there vacant and abandoned," said Erie County Clerk Michael Kearns.

Now, Erie County is asking the community for more help.

"So we are going to start putting these Zombie Watch signs on properties that we have identified as priorities beginning this Friday," said Zeranti.

This lets the community know that the property is being researched and work is being done.

"We will be personally giving a letter to each and every one of those neighbors. We want to hear from the neighbors. We want to let them know that someone cares, that someone is following through on their complaints. And now, we need to reach out to the people in the community, the neighbor who maybe didn't see that the grass got cut. In many instances, the service provider isn't doing their job and the bank is paying them when they're not doing that," said Kearns.

You can submit your comments and complaints here.