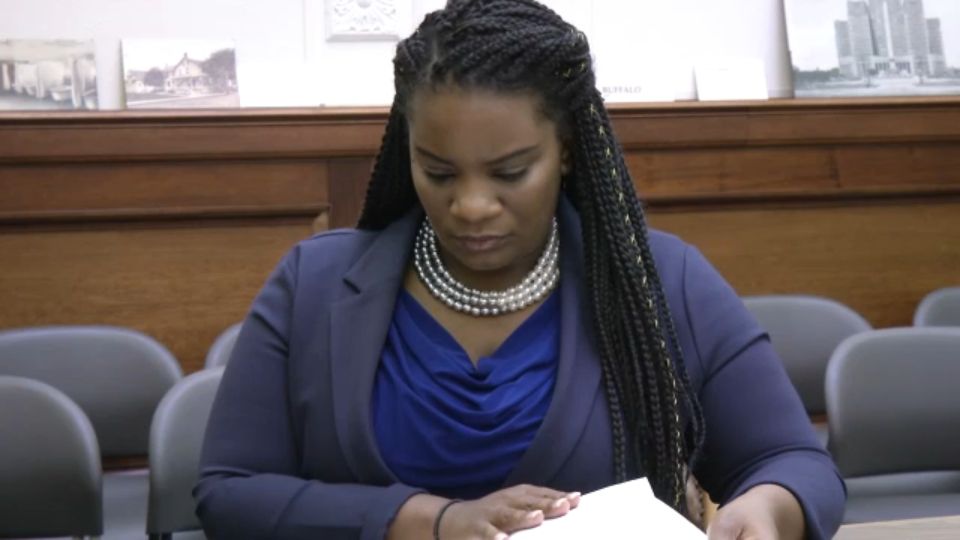 Erie County Sheriff Tim Howard and local lawmakers are picking up where they left off last year: at odds over how to best treat inmates combating addiction at the Erie County Holding Center.

"To the best of my knowledge, Sheriff Howard and the office of the sheriff did not apply for state medically assisted treatment, or MAT, funding this year. And so that was alarming to me," said April Baskin, (D) Erie County legislative chairwoman.

That prompted Erie County lawmakers to budget $1 million last December to the Department of Mental Health for a drug treatment program at the center.

The purpose is to offer buprenorphine-naloxone or methadone for those entering the center struggling with addiction.

"We don't want any more traumatic instances to happen. We can help them earlier and we can avoid a lot of these sad outcomes that have been happening with suicide rates in our local jail facilities," said Baskin.

Baskin says she hopes to bring mental health leaders, the corrections advisory board, and the sheriff together to develop the program.

"Offering government resources to continue with an addiction does not strike me as the best approach. And I just don't think that's justice and good for society,” Howard said last October.

He also expressed his opposition to offering Suboxone.

"The jail will supply your drugs. That strikes me as very problematic when we want to encourage people to go through withdrawal and to get off of the drugs, is to suggest that we will continue to prescribe the very same drugs that are causing this problem," Howard said back in November 2019.

GOSHGARIAN: "But he still has the final say, correct?”

"I would say, yes he does have the final say and I would also say I think it would be in a good faith measure towards the taxpayers and the residents of Erie County to solve this issue. It would be good and I'm hopeful that he will work with us," said Baskin.

Baskin says there's no deadline to use the funding and no consequences should the sheriff's office not comply.

She says she's hopeful her partners in government will not let the money just sit there.

"Time is of the essence. We don't want another suicide to happen because someone didn't receive drug treatment upon their arrival to our jail facility," said Baskin.

Spectrum News reached out to Sheriff Howard to see if he has changed his position since the legislature budgeted the funding, or if he's still against offering the drugs. The office did not immediately return requests for comment.

The Erie County interim commissioner of mental health and the director of forensic mental health also did not immediately return requests for comment.