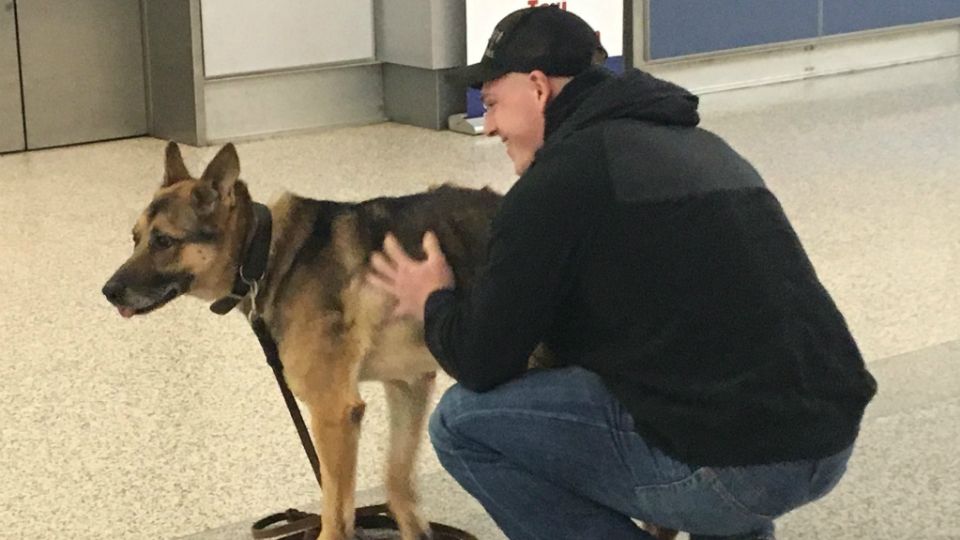 The 8-year-old German Shepard arrived from Maryland after being stationed in North Carolina.

The pair first teamed up for a few months in North Carolina for extensive training before heading to Kuwait and then back stateside.

Stasio was able to adopt his former partner now that Enzo's military career has ended.

"I'm extremely grateful. A lot of people don't get this opportunity. Most people, they get out of the military, that's just kind of it. And so I get a second chance to relive some of my memories and stuff," said Stasio.

The reunion was made possible through Mission K9, a nonprofit organization that paid for Enzo's flight to Buffalo.

"This is our way of giving back to them. They do so much for us. They're out there every day on the front line protecting us and it’s the least we can do," said Kristen Maurer, Mission K9 Rescue president.

Enzo, who is in need of hip surgery, will now live in Orchard Park with Stasio and his fiance.