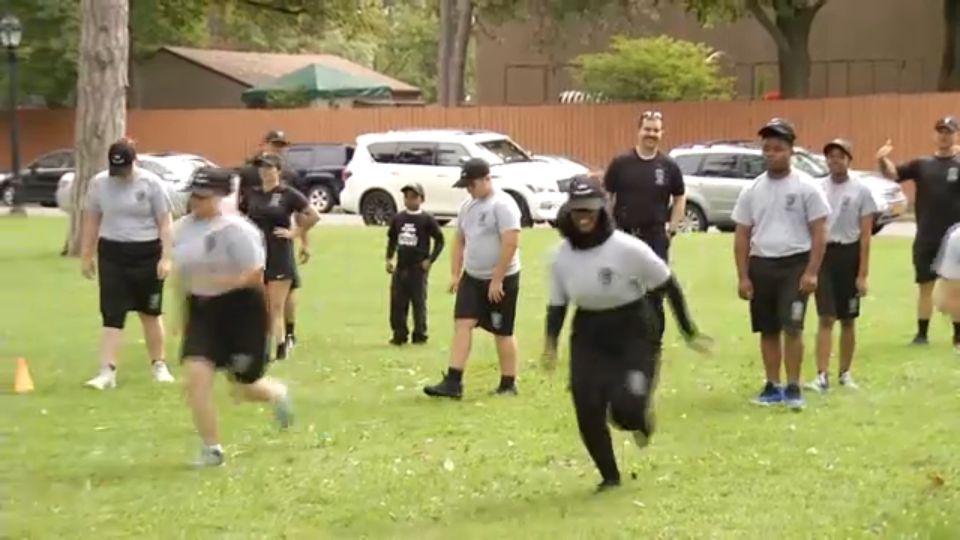 Inspiring the Next Generation of Officers

By Breanna Fuss City of Buffalo
SHARE
At the age of 14, Curtis Whitlock has a pretty good idea what he’d like to do when he’s an adult.

"My name is Curtis Whitlock, and I am captain here of Squad 1 and Squad 2 of the BPD Explorers," he said.

Curtis is one of 35 recruits for Buffalo Police Explorers Post #638.

"It's something with a purpose that can help you with your career someday," Curtis said.

What may look like just sit ups and pushups is really training for his future.

"You really learn the everyday life of an officer and what it takes," Curtis said.

The first and third Saturday of the month, a group of 14 to 20-year-olds meet at Delaware Park for an hour and a half of physical training. This is just a glimpse into what they do during the year-long program.

From first aid training, to learning the importance of volunteerism, they work their way up to the standards of a Buffalo Police Department officer.

"It's a great opportunity, I have really, really enjoyed it," Curtis said. "It's just an awesome thing to do."

This is his second round with an Explorer Program. Two years ago he was part of one in Wheatfield, but that program’s funding was cut.

It’s possible the Buffalo program could meet the same fate.

"We are completely run on donations and fundraising efforts, so it's a challenge to outfit and get the things necessary for 35 recruits," said Joelle Bence,  a Buffalo police officer and the program’s adviser.

Bence said startup costs between the application process to be a non-profit, uniforms, trips and other classrooms expenses is $30,000. Currently, a GoFundMe effort is underway to get at least $5,000. For her, the effort is priceless, though as the program is shaping the future of Buffalo.

"They really learn a lot and they really are a step ahead of the game if they really, truly, want to get into law enforcement," Bence said.

It’s all taking place while teaching the Explorers that anything is possible, in addition to a lesson for two in endurance, too.

Applications for next year will start being taken in June.

To start up this program is about $30,000. So #Buffalo, these recruits need your help 👉https://t.co/3ENLuDCCyh https://t.co/43xgsMGZmA