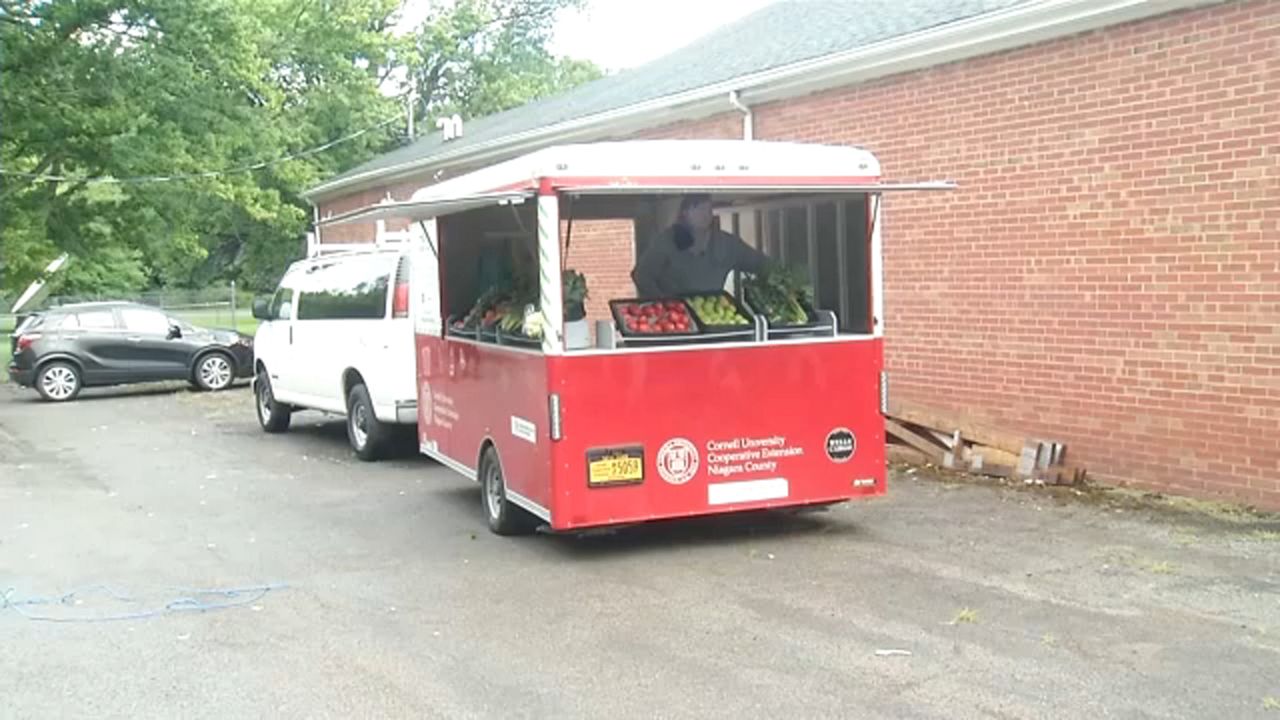 Taking a bite out of hunger, one apple, peach or carrot at a time, thanks to the Cornell Cooperative Extension's Veggie Van.

Once a week it rolls into Lackawanna and Niagara Falls. These are two places known to have food deserts, or locations without  a grocery store within a one-mile radius.

Not only is it teaching kids and their parents how to eat healthy, it's also connecting local farmers with their communities.

“We know the farmers, I can tell you where they grow it,” said Jenn Regan, the Veggie Van’s coordinator.  “One of the farm families is in the McCollum family very close to here. They’re the only farm in Lockport. It’s a couple and their two beautiful young daughters and they pick all of the stuff. They’re the ones who double wash the lettuce they love what they’re doing and we love their produce.”

The non-profit Veggie Van is in Lackawanna every Wednesday and it’s in Niagara Falls on Thursdays.

Here are the details 🍅🍑🥭🍎 pic.twitter.com/YqG7G5KwcJ