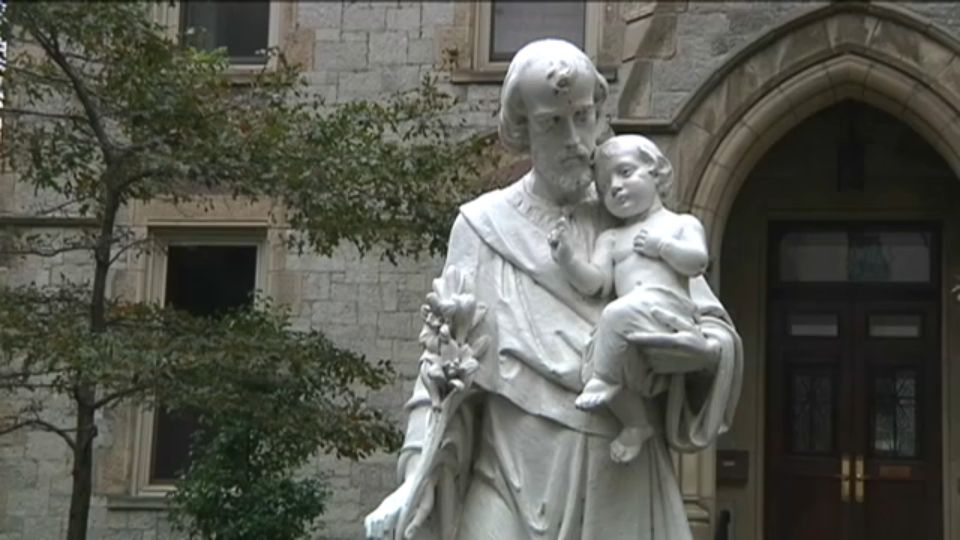 Very recently, Bishop Richard Malone of the Catholic Diocese of Buffalo said the church, in moments of crisis, looks adversity in the eye, repents and moves forward.

Paul Barr, an attorney and child sexual abuse survivor, disagrees. He believes the church looked away.

“I believe, right along, that the diocese actively hid all the stories that they knew about. Just like they hid my own story," he said.

The two men announced at a press conference Wednesday that the law firms of Fanizzi & Barr from Niagara Falls and Phillips & Paolicelli from New York City have filed 10 lawsuits against the priests who worked in the Diocese of Buffalo.

Five of those accused have never been identified before, including Msgr. Joseph Gambino. Though he has passed away, he’s now accused of sexual molestation at Holy Cross Church in Buffalo in 1948.

"Think about these poor folks that have gone unheard for decades and the silence, the shame, the brokenness that they operate in everyday of their live,” Faluszack said.

Two of the priests named in newly filed civil lawsuits are still working with the church.

Father Peter Popadick was the former secretary to Bishop Edward Head and is currently serving at St. Aloysius Gonzaga in Cheektowaga.  He’s accused of sexually molesting a student at Bishop Fallon High School.

"It’s difficult, as a victim, to wait and see what’s the result gonna be as a result of these lawsuits," Faluszack said.

Officials believe this is only the beginning as the list of civil lawsuits filed under the year-long lookback window opened through the Child Victims Act continues to grow.

Besides the Buffalo Catholic Diocese, the Boy Scouts of America, East Aurora School District and the Lutheran Church Missouri Synod were named in the Western New York region.

According to the law firms, here are the 10 priests in the suit:

-Msgr. Joseph Gambino, deceased, who in 1948 is alleged to have sexually molested our client at Holy Cross Church, Buffalo.

-Fr. Paul Nogaro, living and currently serving at St. Stephen Grand Island, NY, is alleged to have sexually molested our client while he was a student at St. Mary of Sorrows Church and School.

-Fr. Peter Popadick, living and currently serving at St. Aloysius Gonzaga, Buffalo, is alleged to have sexually molested our client while he was a student at Bishop Fallon High School.

-Fr. Edwin Fagowski, deceased, is alleged to have sexually molested our client at St. Benedict Church in Bennington, NY.Fr.

-Franklin J. Tuchols, living, who over multiple years, is alleged to have sexually molested our client beginning at St. Mary Sorrows Church, and at multiple locations including St. John Vianney (now Christ the King Seminary) and private residences.

A searchable list of cases, which can be sorted by date and the county in which the lawsuit is filed, is available here.