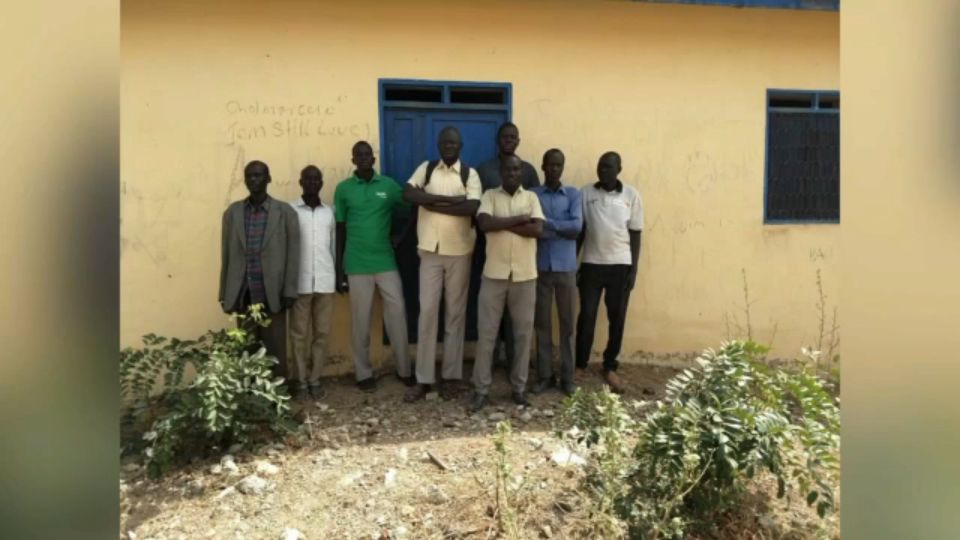 Fidele Dhan has a tale unlike many school bus drivers.

His story is more like a race, running since the civil war broke out between north and south Sudan.

Dhan was 9 years old when his village in South Sudan was attacked.

"It took me at least four months to walk to Ethiopia because when I got split from my parents, I was running with people my age," he said.

Fast forward to 2001: With help, Dhan made it to Syracuse, New York, and graduated from the University at Buffalo in 2006.

With peace in Sudan reached in 2005, he flew back to see his home.

"What I saw … the suffering that people were going through ... daily struggle to find clean water, health care is nowhere to be found," Dhan said.

The lack of medical facilities and medical personnel is what made Dhan head back to Buffalo for help, which he got from a ministry organization and a small group of kids from the Buffalo Catholic Diocese.

As more help came in, the medical clinic in Koiyom, Dhan's home village, was opened — with a new well for fresh water. However, now more help is needed.

"The electricity is lacking. They don't have power. We are looking for help on that," he stated.

Being a school bus driver for Amherst gives Dhan the flexibility to spend summers focusing on the clinic. Problems arise, but his survival, he says, is what gives him the generosity that keeps the clinic running.

Dhan's family is now all here, including his 5 kids. Through the money that he collects from his job and the generosity of the community, he hopes the clinic will get vaccines and a water tank because fresh water is hard to come by.

His hope is remarkable. He tells Spectrum News he will never give up on his mission and his people.