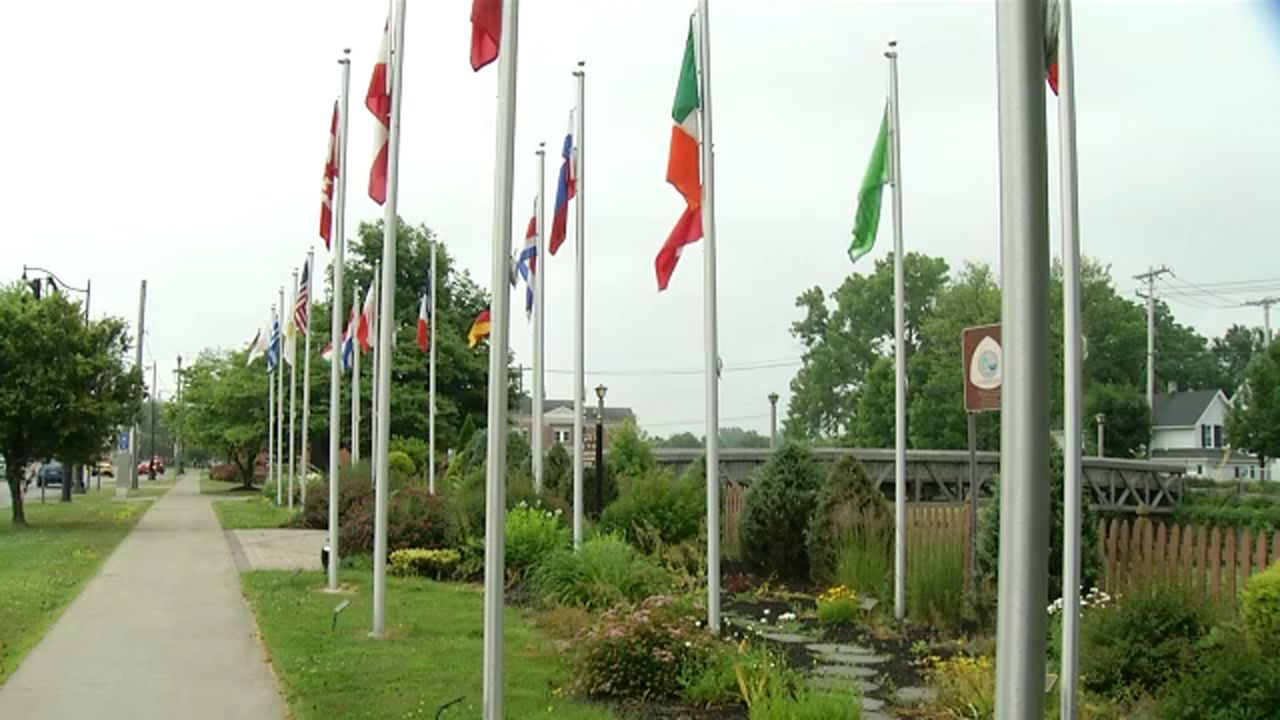 Growing Peace and Freedom, One Flower At A Time

About 30,000 cars travel down West Main Street in Batavia daily. There's a good chance those drivers and their passengers miss the flags and flowers.

Turns out, there's a patriotic story to this landscaping along Tonawanda Creek.

The garden first started growing in 2012, to mark the bicentennial of the War of 1812. It's here in Batavia where those who lost everything in the burning of Buffalo fled.

Barb Toal, the creator of the garden explains its significance: pic.twitter.com/n8z79V5vLR

An arsenal was also built to keep the British out. It proved successful and Batavia became a place where people felt safe and welcome. Now the garden blooms as a way to remember those dark days by shedding light on our freedom, and something else, too.

"It brings the community together and builds peace," Toal said. "You have to get along with each other."

There's a butterfly bench and a globe that serves as a thank you to the military.

"It shows that it's international, it's not just here in Batavia," Toal said. "If we can make peace in our little corner of New York, then we can do it across the world."

At the end of the garden, 22 flags fly. Each represents a country where a peace garden grows. It connects Batavia to an international trail. The closest one is across Lake Ontario in Canada.

If you drive down West Main Street in Batavia and see these flags— they represent the 22 other countries that have peace gardens. The previous country added to picks the next. pic.twitter.com/nVyORvYVqJ

On the American side of the lake, there are about a dozen gardens from Niagara Falls to Oswego. The gardens are open 24/7 and are free.

"When you walk in the garden and you read the history and you think about it, it's a peaceful feeling," Toal said.

It’s a feeling she hopes will inspire others to make the world a better place.

Peace Gardens run from Niagara Falls all the way to Oswego. There about a dozen on the US side and a number in Canada. pic.twitter.com/PfIxsD2JBY