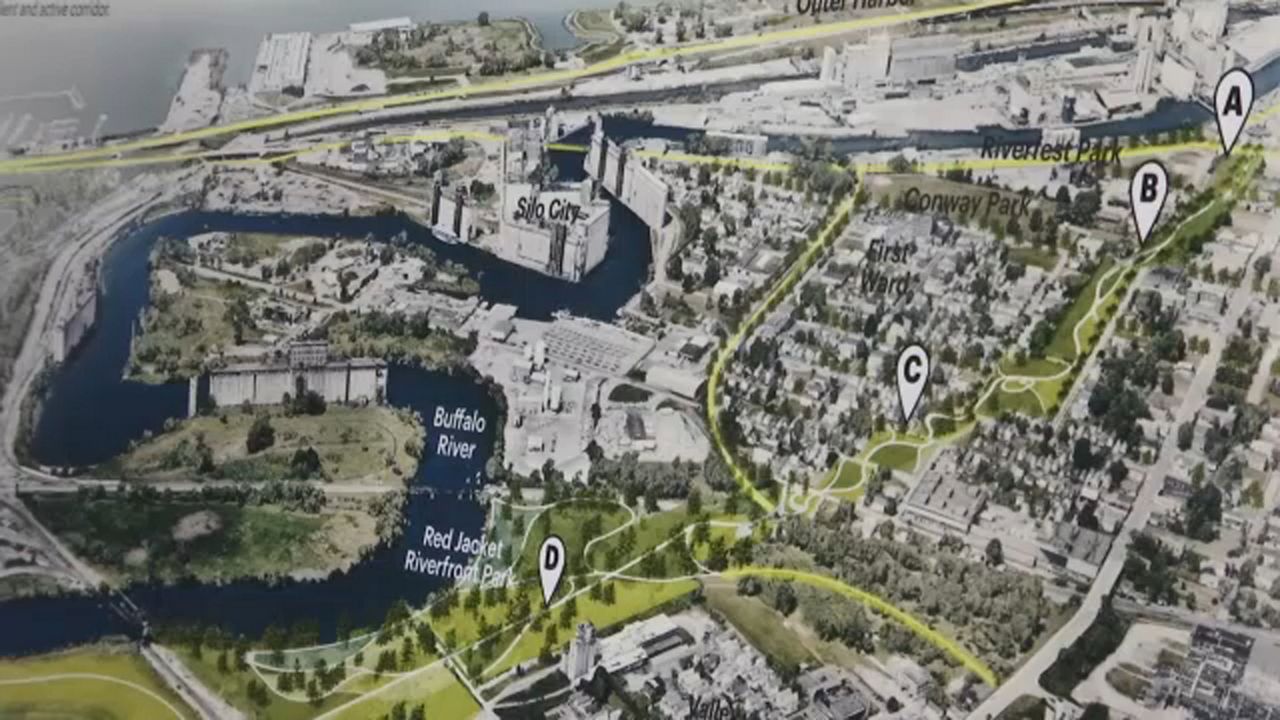 Connecting the Community Along the Buffalo River

Nine months ago, the Western New York Land Conservancy launched a design competition looking for ideas to transform a 1.5 mile corridor along the Buffalo River.

After receiving 98 submissions from all around the world, the winner was announced Friday, and, they're "all aboard."

"The way the city's transforming, this is a normal piece of that and a significant piece that really not only ties a lot of Waterfront assets together in a meaningful way, but really responds to the way the community can engage with it and be a part of the exciting transformation that people that live here now not only the visitors but hopefully the people that will move here in the future," said Greg Leonard, with MNLA Architects.

Architect Greg Leonard is originally from Elma, so he knew the importance of incorporating the community's wishes — something the Land Conservancy set out to do from the beginning.

"This has to matter in the place you're creating it. So that's been informing the work we've done the entire time, really deep listening," said Nancy Smith, WNY Land Conservancy executive director.

The vision for the corridor is more than just bringing people from Point A to Point B.

"We're envisioning it as a corridor of connections. So it would connect people with nature, people with one another, connects to the Buffalo River and to our Great Lakes and really connects all Buffalonians with a new way to have economic opportunity and vibrancy," said Smith.

Smith says 10 years ago, this wouldn't have been able to even be a thought, but now, they're able to be inspired by the rest of the city.

"It is the time for this to happen, right now is the time, there is huge energy and excitement, this can be a part of that this can be a connector, this can connect Canalside with Silo City and Larkinville and the Outer Harbor, connectivity is the key," said Smith.

As the next phase of the project now begins, they're still looking to secure another $200,000 by the end of the year.

You can donate here.