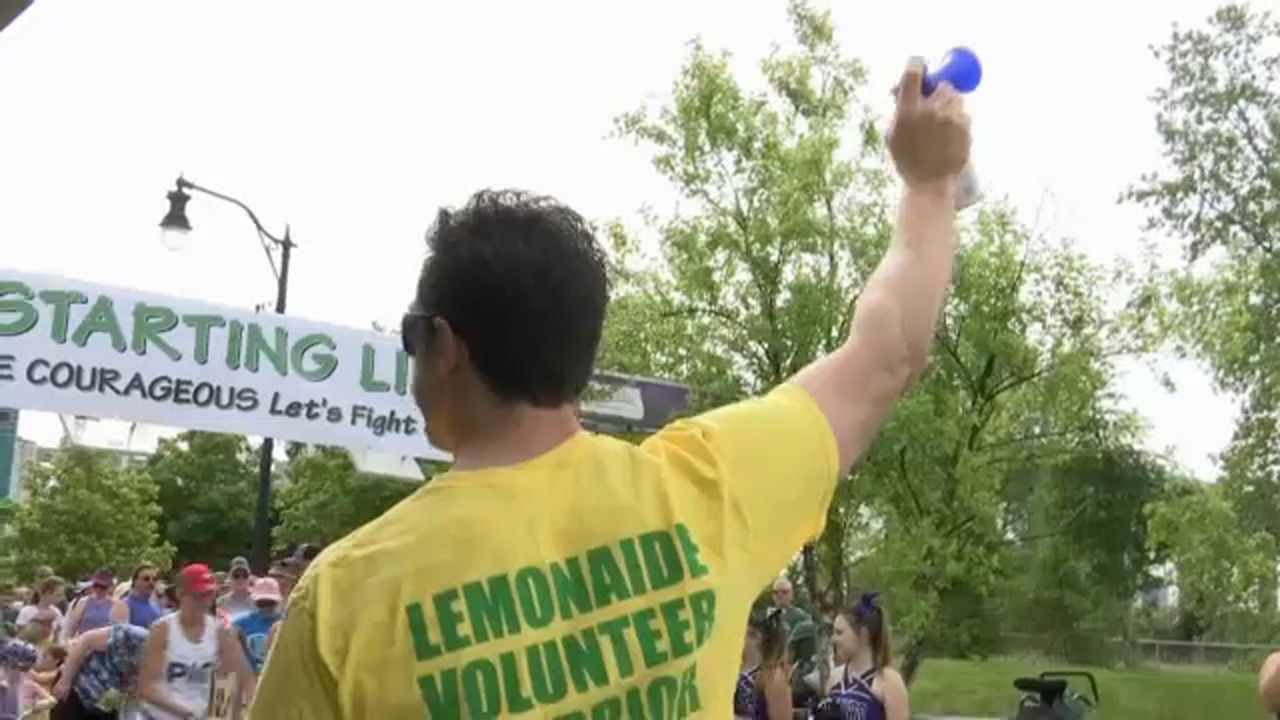 Hundreds of people across Western New York came out on Sunday to support and celebrate those who struggle everyday with cerebral palsy.

And everyone is off!! Making quite the noise for CP! @SPECNewsBuffalo pic.twitter.com/DXlBC5LpJl

"It's a day to honor, liberate and celebrate all those living with cerebral palsy," said Lauren Walier, who lives with the disease and organized the event.

"CP means so many different things to each of us,” said Walier. “Science says it means our minds and bodies have trouble talking to each other. It means learning to adapt and face daily challenges."

Walier says living with CP is like walking with 100-pound cinder blocks on your legs.

People are weighing 10 lb ankle weights during the walk/run. Doctors say living with CP is like living with 100 lb cinder blocks on your legs, so people are trying to get just a small feel for what that is like. @SPECNewsBuffalo pic.twitter.com/mN9EorXuN1

For the race, people put on 10-pound ankle weights to get a small feel for what it's like. While people got to slip on her shoes for a day, the event is about more than just that.

"But then to bring the CP community together and feel special,” Walier said.

And that's something that means the world to Christy Piacente and her family.

"My son was diagnosed when he was 8-months-old,” she said.

Piacente's family traveled nearly 400 miles for the event because there aren't any in her hometown of Yonkers. She says having an event where she can celebrate her son is everything.

"Oh, I've cried six times already this morning,” Piacente said. “It's not spoken about as much as the other disabilities. It's a much quieter community and I think awareness needs to come to light to help these guys."

As they work to raise awareness, Walier says her definition of living with CP is...

“A blessing. I get to impact so many people I wouldn't otherwise and they changed my life."