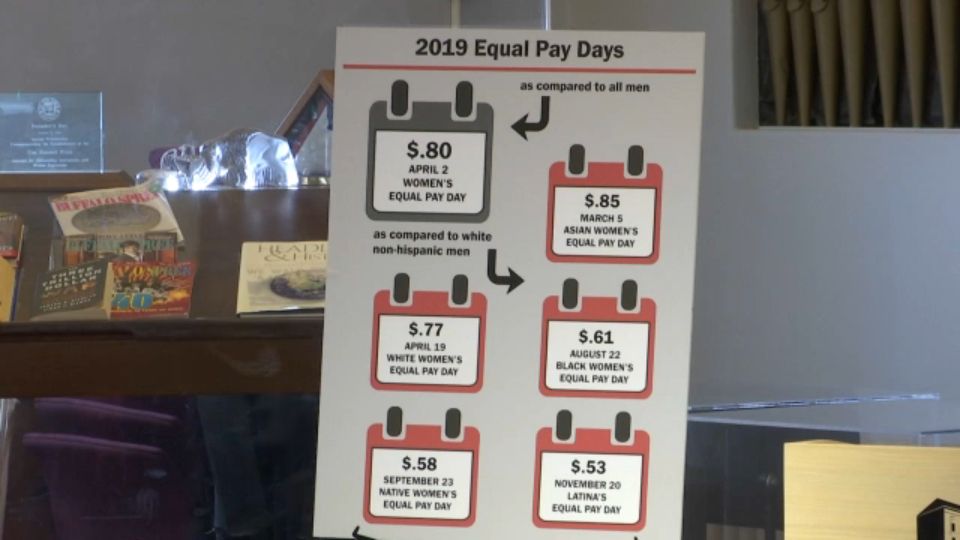 Women in Western New York are calling for leaders across the nation to help promote income equality.

The Erie County Commission on the Status of Women hosted a forum at the Buffalo History Museum Tuesday, on Equal Pay Day, to discuss how to combat the issue. Equal Pay Day highlights that women have to work an extra three months per year to make the same as their male counterparts.

They said businesses need to be more transparent about pay practices and polices while advocating for the pay history bill. That legislation would prohibit prospective employers from asking about a candidate’s previous salary.

"When you ask somebody what their previous salary was and you interview a woman, statistically speaking, she's making less than potentially the male candidate, so that will help perpetuate that gap,” said Karen King, the commission’s executive director.

A comparable pay history bill is already in place in New York City and a statewide bill is in committee in both chambers of the state legislature.