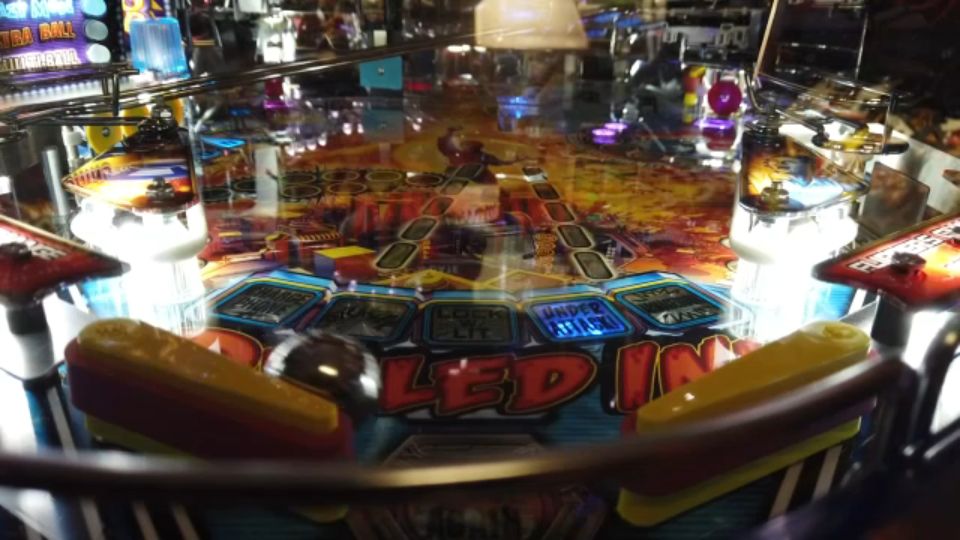 Buffalo Pinball Has All the Buzzers and Bells

Pinball isn’t just for wizards, but there’s much more going on when playing the silver ball than meets the eye.

"People should play pinball because it's a real game that gets you out of the house, it gets you meeting new people and off your phone," said Nick Lane, president of Buffalo Pinball.

That’s why he started the league in the first place.

"I got hooked on competition and competing in pinball and there wasn't anything local," Lane said.

Flip forward seven years and now Buffalo Pinball has leagues that run from September to April, with playoffs in May. There's the team league and the home league, which sometimes meets in Lane's basement.

"We have 13 games now, and we are pretty maxed out in the basement," Lane laughed.

Skill isn’t required, but passion for the game is a prerequisite.

"The flipper skills are one thing, but knowing what's happening once you can control the ball a little better and finding the least risky way to extend your ball time and put it all together and have a great big score," said Kevin Manne, the league’s vice president.

These guys are no joke! High scores on some of these games are 4M! pic.twitter.com/G1yX4kKnZi

The passion to beat the high score runs deeper, however. Most of the tournaments benefit a charity in WNY.

"It's been a great way to build pinball and the community as well as lift up the environment," Manne said.

It’s also a fun way to meet likeminded players when new to town.

"I moved here about four years ago, I didn't know anybody and I joined Buffalo Pinball and I have been introduced to so many people I call my friends now," said Buffalo Pinball member Nick Kiser.

He’s made it his mission to make sure everyone can get in on the fun, too.

"Our home location is actually Community Beer Works, where we have eight machines, and Mistuta Chows as well," he said.

Buffalo Pinball's next event is March 10 at Community Beer Works and will benefit the Read with Reed Foundation.