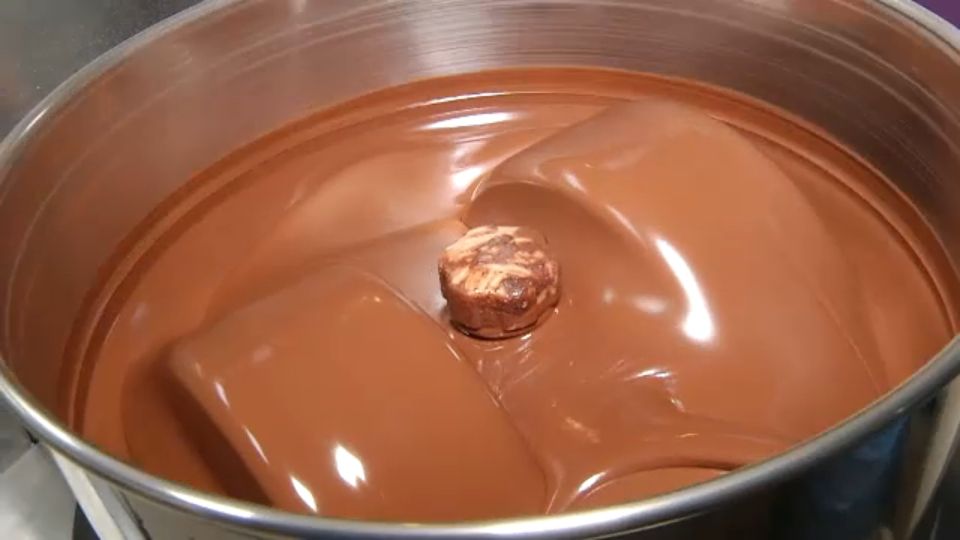 At Western New York's first bean-to-bar chocolate shop, the process to make a bar of sweet or savory goodness can take anywhere from four days to four months.

But it all starts with cocoa beans.

Cocoa beans are shipped from all over the world to Dark Forest Chocolate in #Lancaster where the process begins to make their bean-to-bar chocolate! 🍫🍫🍫 @SPECNewsBuffalo pic.twitter.com/ROqzZdK0gp

"Part of the fun of this business for us is researching different kind of cocoa beans from around the world and there are so many flavors, varieties out there," said Dan Sundelle, co-owner of Dark Forest Chocolate.

From Costa Rica to Madagascar, cocoa beans are delivered to Dark Forest Chocolate on West Main Street in Lancaster.

From there, the beans are sorted and roasted.

"After they're roasted, we grind them in these machines called malingers” he said. “We give that a few days in there and then we pour it out and make blocks of chocolate and we stamp those with a date and a variety and we leave them on the shelf for several months before we break them out and mold them into bars for sale.”

Dark Forest Chocolate offers a variety of award-winning chocolates and flavors in their store and in other retail locations across the region.

Owners Dan and JoAnne Sundelle never thought their interest in chocolate would turn into something like this.

"No one was more surprised than we were, though I did think it was pretty good from the start," said JoAnne Sundelle.

Since opening in 2015, they've won international awards for their product.

That doesn’t mean the Sundelles are done trying new things.

"Now we're really focused on making different types of chocolate and adding spices,” she said. “We just started experimenting with garam masala spice, we made a milk chocolate with this Indian spice… It's gone from just a practice side to now being able to be more experimental and creative which I think was the goal all along.”