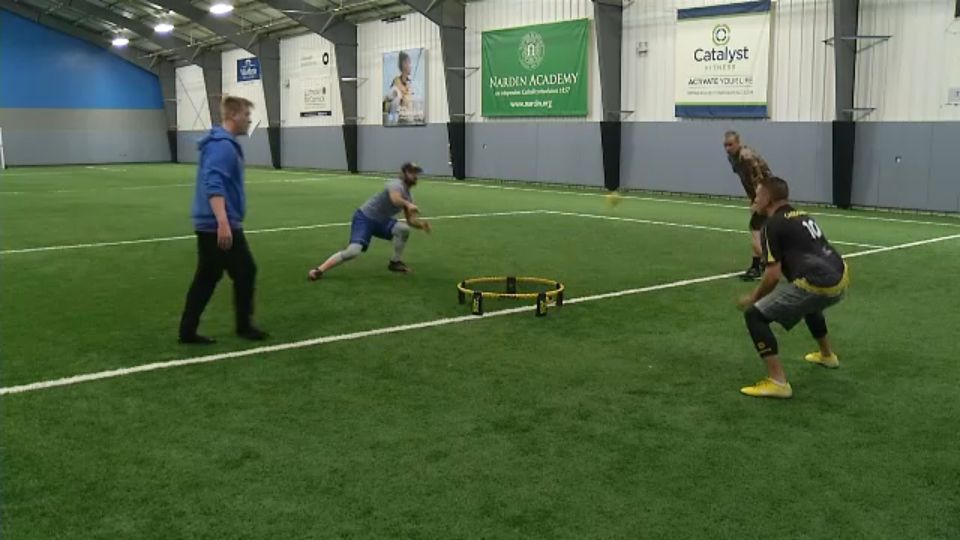 The net is small, but the game is big.

"It's a 360-degree game, so you're not standing on one side of the net. You're moving around the entire net the entire time," said WNY Roundnet founder Karl Chodora.

You ever hear about Spikeball? It’s like volleyball and four square’s love child and a new league is starting here in Buffalo.

Roundnet, otherwise known as Spikeball, is a growing sport that challenges players’ reflexes, endurance and flexibility.

"You play two on two. The serving team serves the ball into the small round net that looks like a trampoline,” Chodora explained. “The receiving team has three hits to return the ball over the net. The game continues that way until someone misses the net or hits the rim.”

What started off as a lawn game has grown with competitive leagues forming nationwide.

When the frigid winter temperatures forced players indoors, Western New York Roundnet decided it was time Buffalo had a league of its own.

We’re talking Spikeball this morning. The net may be small, but you’ll definitely break a sweat. pic.twitter.com/BrGAEbbmOq

"We needed to move indoors so we partnered with Nardin Athletic Facility and rent their turf field so we have a great facility we can bring a lot of teams we can fit anywhere from 15 to 20 nets in here," said Chodora.

The indoor league begins January 24 and runs through April 18. New players are still being accepted and can enroll by sending an email to WNYRoundnet@gmail.com.