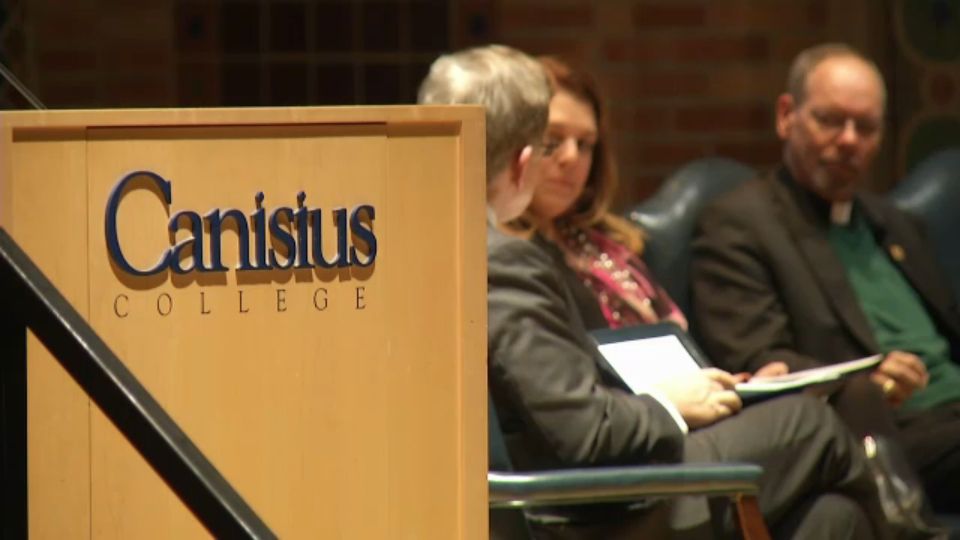 Forum on How to Restore Trust in Diocese Focuses on Accountability, Solutions

Following a scandalous year for the Diocese of Buffalo, Canisius College hosted a forum Wednesday night on how to restore trust and heal the church.

"Faithful Catholics have had their faith shaken and their trust in the church — which they really regard as a bedrock in their lives — they've had that shaken," said John J. Hurley, Canisius College president.

The “Movement to Restore Trust” is an initiative started by nine Catholic lay people within the diocese.

Hurley says he hopes this will be the start of respectful dialogue on how to move the church forward.

"Some [Catholics] have elected to stop going to church," Hurley added. "We decided we wanted to chart a path forward and show that the laity of the church have a responsibility to the church."

The two-hour long event was held at the college's Montante Cultural Center.

Among the three panelists involved in Wednesday's symposium was Father Robert Zilliox, who was previously an adviser to Bishop Richard Malone and was featured in a 60 Minutes report about Buffalo's Clergy sex abuse scandal.

The former secretary of Bishop Malone, Siobhan O'Connor, was one of hundreds who attended the event.

"After being the whistleblower as I was — I want to be a part of the reform and healing that needs to take place," said O'Connor.

Panelists focused on solutions, accountability and expanding the Charter for the Protection of Children to include “vulnerable adults.”

The audience was also given the opportunity to ask questions following the panel discussion.

QUESTIONS? If you could not attend tonight’s panel on Clergy Sex Abuse and restoring trust in the #Buffalo diocese at @CanisiusCollege — You can submit questions for panel via https://t.co/MOXlqbofkW .@SPECNewsBuffalo pic.twitter.com/z6L8rYz4IF