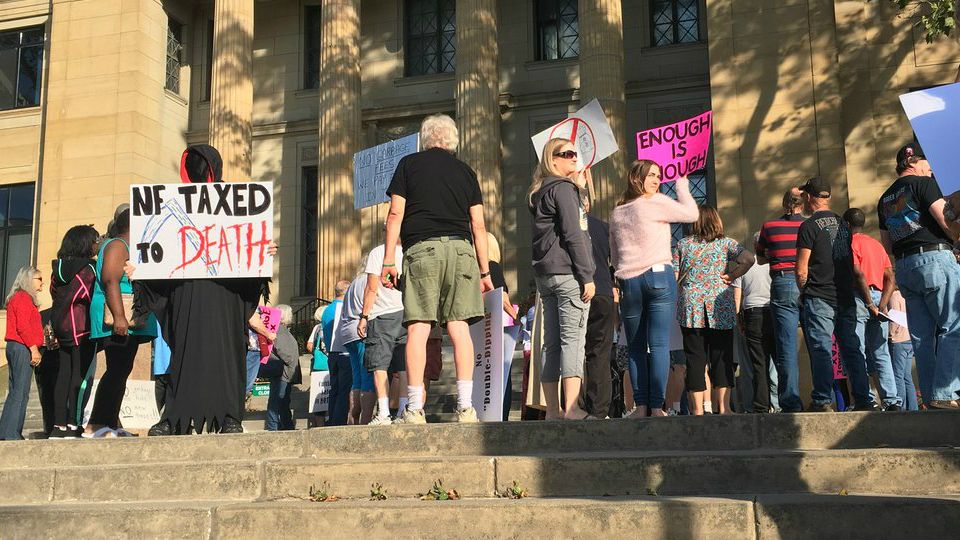 NIAGARA FALLS, N.Y. — Residents in Niagara Falls could dish out hundreds of dollars in garbage user fees if a new resolution is passed by the city.

Protesters stood outside City Hall Wednesday to let council members know they think it stinks that they could pick up the tab after the city lost revenue from the Seneca Niagara Casino.

The fee could be as much as $200 for each household in Niagara Falls — that’s only if the city passes the proposal to be included in Mayor Paul Dyster’s budget to be presented on October 1.

City Administrator Nick Melson says this is an option to help generate more revenue for the city and keep from cutting back on their public safety department.

Terri Kline, the organizer of the protest, says the city needs to cut back on unnecessary staff before charging residents a fee.

“I’m asking them to cut the fat of City Hall before you come to our door asking for money,” said Kline.

“We understand the plight. We have to make some tough decisions, and I’m prepared to do that. This is my city. People can protest. This is my city. I’m going to do what’s best for my city,” said Andrew Touma, Niagara Falls City Council chair.

Council members will have until December 15 to amend or approve the new budget.