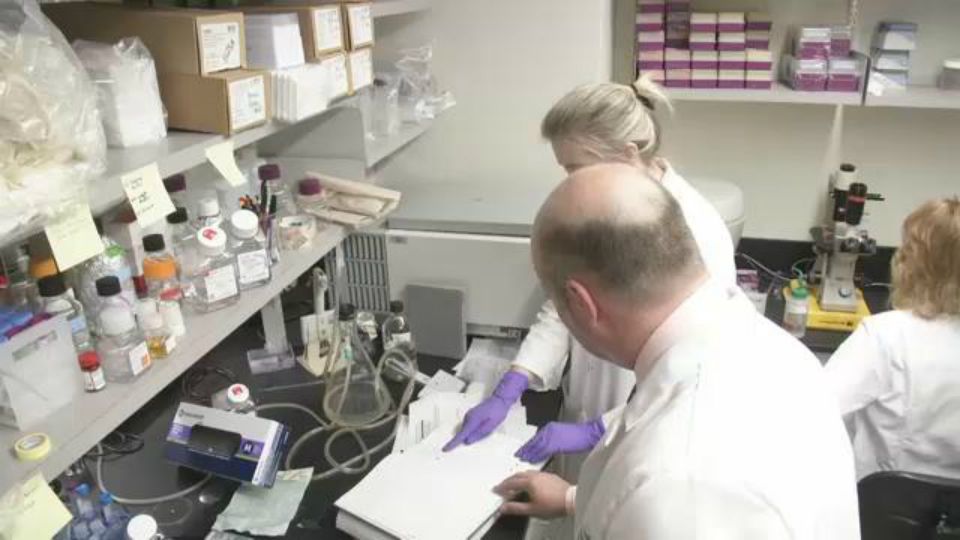 BUFFALO, N.Y. — A car accident may have saved her life.

Alyson Walter was just 20 years old and a junior at SUNY Albany. A week after the car accident, she was still having headaches. That's when doctors found her brain tumor.

"My grandfather died from brain cancer, so it was very surreal. At that point, I was in so much pain that I didn't really know what was going on," said Walter.

Doctors successfully removed the tumor. Then five years later, a second one had to be removed. Alyson is once again tumor-free and has turned to giving back.

"It's amazing. The feeling I get every year when I come and give the doctors the check, it is amazing. There's a story every year. You really are helping. You're keeping everyone in the research facility motivated," said Walter.

Her foundation ‘Buffalo Goes Gray’ has donated more than $100,000 to Roswell Park Comprehensive Cancer Center's work on SurVaxM, which is a drug that ramps up the body's own immune system to fight the disease. It's given to glioblastoma patients in combination with the traditional treatments of surgery, radiation and chemotherapy.

"My grandmother died from a glioblastoma, so that's something that's resonated with me through the years. And eventually things lined up and I ended up working in neuro-oncology, so it was something I wanted to do," said Michael Ciesielski, Ph.D., Roswell Park Comprehensive Cancer Center Neuro-Oncology.

And the results during the phase two clinical trial have doctors and patients excited.

"91 percent are alive after 12 months, where normally we would only expect to see about 60, 61 percent make it that far. So it's had a phenomenal impact," said Ciesielski.

Glioblastoma is the most common and aggressive brain cancer with only three to five percent of patients surviving five years or more. Doctors will continue the SurVaxM shots as long as the tumor doesn't recur. They say it will likely become the standard of care for glioblastoma patients within a year or two.

"There's already 13 patients that are past two years of the trial without any recurrence of the tumor. So it's incredibly encouraging seeing this moving forward and moving forward so efficiently," said Ciesielski.

Doctors say through their work on SurVaxM on glioblastoma, they've been able to come up with new ways to treat other times of cancers too.

"SurVaxM has opened up doors that we never even saw when we were developing immunotherapy to begin with," said Ciesielski.

They say the possibilities are wide-reaching, since SurVaxM targets a protein that's present in 90 percent of cancers. They're already doing smaller trials in each form of cancer to get FDA approval for that indication.

The phase two trial was almost completely funded by donations to Roswell. One of those groups was Alyson's Buffalo Goes Gray, which has raised $100,000 over the last five years. Their annual fundraiser is this Friday at 7 p.m. at the Ellicott Square Building. For more information, visit their website here.