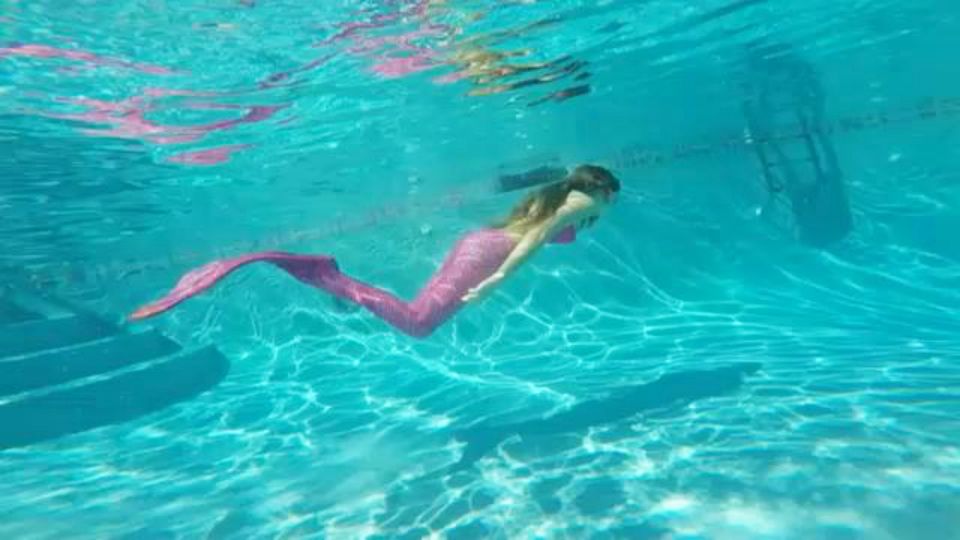 One of summer's hot toys causing some safety concerns

As people take the plunge to beat the heat, one of summer's hot toys—a wearable mermaid fin—is causing some safety concerns.

In fact, a recently released study out of Australia found the mermaid fins can reduce a kid's swimming ability by 70 percent.

While the product comes with a safety booklet, parents and swim instructors alike say if you do use it, it's important to make sure children are at least 10 years old and strong swimmers. They should be able to float on the front and back, swim several lengths of the pool and able to scull and tread water without using their legs.

"They do restrict your ability to kick. They're confined to the material of the mermaid fin. And it would also be difficult for a swimmer to stand up quickly. They could be stuck on their face, face down so they wouldn't be able to breathe. Or if they're in a vertical position and their arms are not strong enough to scull, they wouldn't be able to keep their head above the water," said Eric Poniatowski, the aquatics director at the JCC of Greater Buffalo.

And of course, always supervise children in the pool.