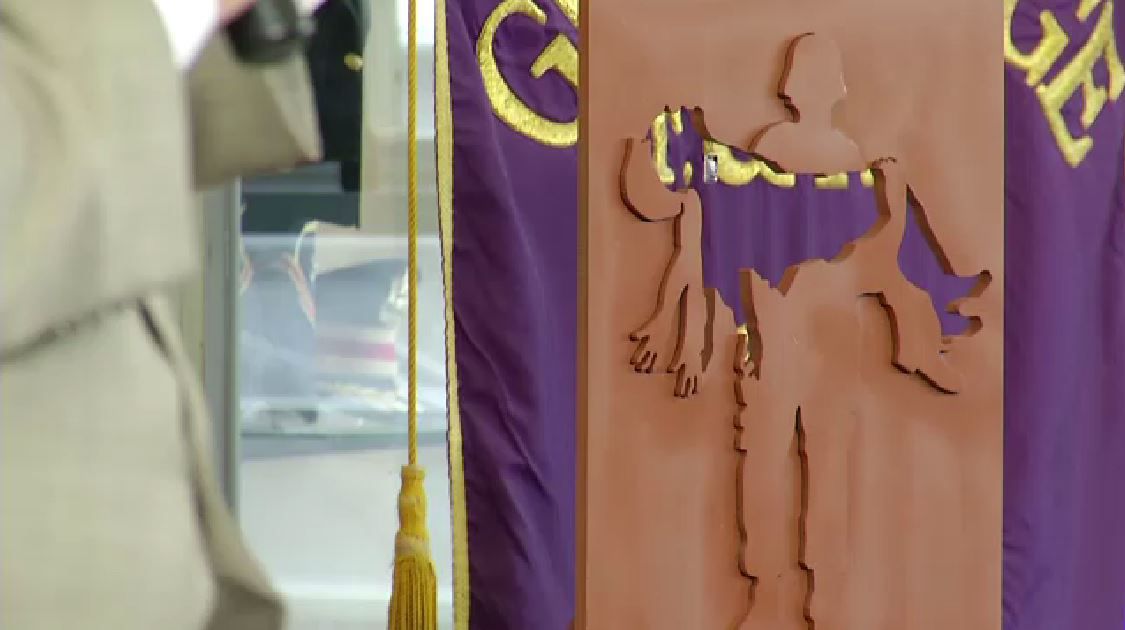 Proposed memorial would honor veterans that lost battle to PTSD

BUFFALO, N.Y. — Members of Harmonie Lodge 699 want to raise awareness on a battle that has taken many lives, including one of their own.

Peter Shank was a mason and member of Harmonie Lodge. More noteably, he served in the Army National Guard. After coming home, he lost his battle to PTSD and took his own life in February 2017.

"And unfortunately, Peter's story is amongst the thousands of stories of veterans just like him that lose their own personal battle with the unplanned outcomes of ordinary men and women doing extraordinary things in defense of our great nation," said Derek LaClair, friend to Captain Peter Shank.

Members of Harmonie Lodge want to honor Shank in a way that can also bring attention to the situation. That's where they came up with The Battle Within Memorial, a proposed eight foot tall memorial that represents veterans here and others who have died. Once approved, they plan to have the memorial stand in the Buffalo and Erie County Naval Park.

They hope that by bringing attention to the topic, anyone who may also be suffering can get the help they need.

"It's the daily interventions that I encourage you to be mindful of. It's the kindness and respect and not being afraid to talk about things that I think we've been socially taught are not for discussion," said Jill Murray, Veterans Affairs of WNY Healthcare System Behavior Health Services.

The Veterans Crisis hotline is also available 24/7 for loved ones worried about veterans, or someone who may be suffering themselves. That number is 1-800-273-8255.