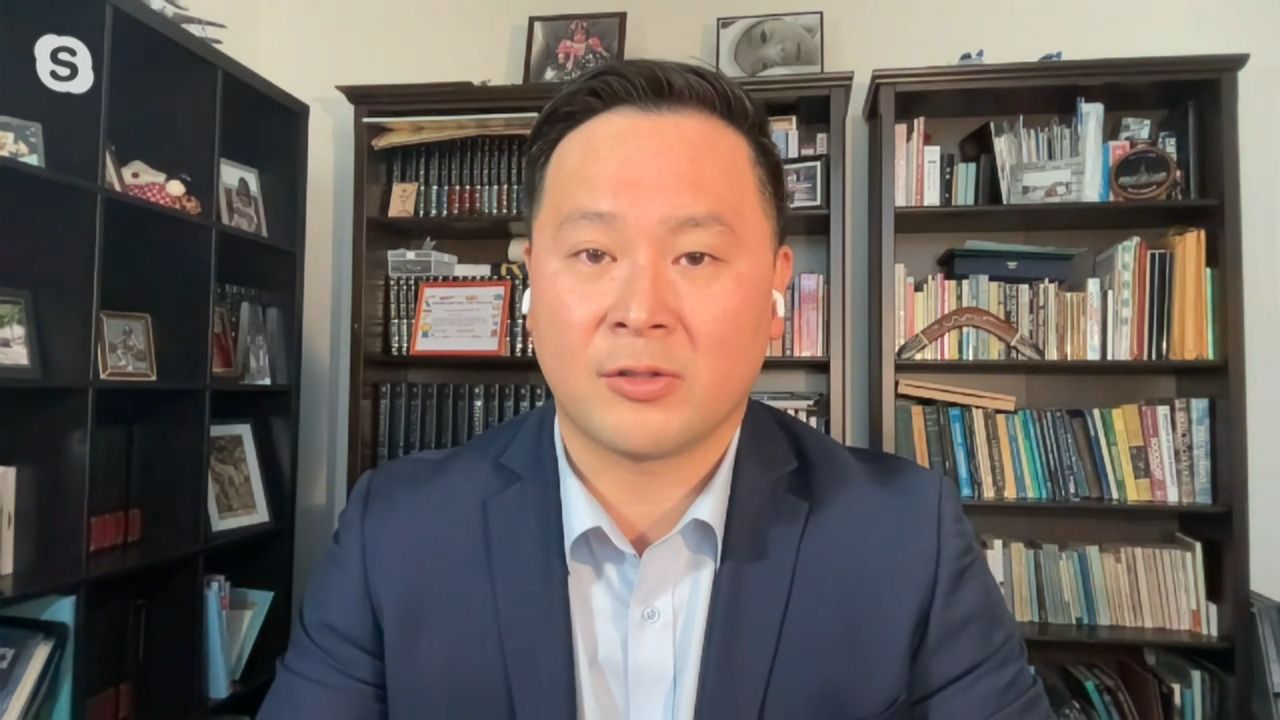 A Queens lawmaker is pushing back against Gov. Kathy Hochul's plan to fund construction of a new stadium for the Buffalo Bills.

During an appearance Tuesday on "Mornings On 1," Assemblyman Ron Kim said funding the stadium would be a "bad example."

He noted that the owners of the Buffalo Bills, Terry and Kim Pegula, are among the nation's wealthiest NFL owners, and they are not even technically New Yorkers as they live in Florida.

"This is a transfer of nearly $1.2 billion, of public dollars, to family that was making over $2 billion last year and they're worth over $7 billion," Kim said. "They can finance this on their own. And there's other ways to keep the Buffalo Bills in Buffalo without bribing billionaires to stay in our state. That just sets the wrong precendent."

The current plan would be for New York to commit $850 million in public money towards the construction of the new $1.4 billion stadium, which translates to roughly 60% of the total cost.

However, Kim believes it would be better to invest that funding back into the communities of upstate New York.

"We want the money going directly to the communities that will attract Buffalo Bills and other big corporations to do business in cities like Buffalo," he said.

Meanwhile, he added that experts have warned against committing billions of dollars to building sports and entertainment venues.

Kim says the deal is one point of contention amid ongoing talks to reach a state budget deal.

When asked about the stadium funding, Matt Janiszewski, a spokesperson for Gov. Hochul's office, told NY1 in a statement that the Bills stadium would generate jobs and revenue for decades to come.

"The Bills franchise is a proven economic driver, and the economic and tax impacts generated from the team will support more than 100% of the public share of the new stadium," the statement read. "This agreement secures the Bills' long term future for decades to come while putting to work thousands of union workers in what will be the largest construction project in Western New York history."

According to the governor's office, the Bills generate $27 million annually in direct income, sales and use of taxes for New York, Erie County and Buffalo.

It's expected that the revenue will grow and cumulatively amount to more than $1.6 billion during the course of the Bills' 30-year lease.