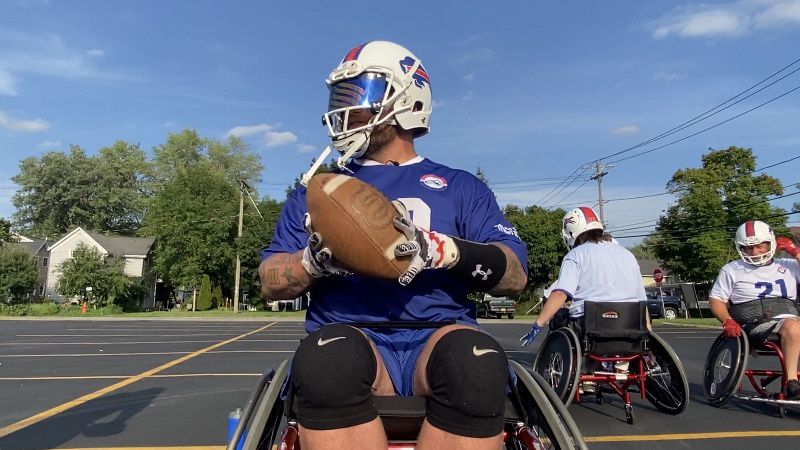 BUFFALO, N.Y. — Matt Daniels is living proof that people with disabilities are unstoppable.

“I’m pushing for more and trying to do more,” said Daniels while on a water break with the Buffalo Bills wheelchair football team. “I’m just trying to find something, tackle as many things as I can. It’s like I’m building up a resume for life.”

Daniels is the captain and keeps players motivated on a hot 90-degree day while running drills on the blacktop.

“Never give up,” he said. “Don’t listen to what other people say, just stay along your own path.”

Daniels was never in a wheelchair until he was injured while serving in Iraq in 2007. He underwent five back surgeries and was eventually forced to medically retire.

While getting his life back on track as a father of four, he found a new passion at Greater Buffalo Adaptive Sports with the football team.

“This has given me a whole other purpose, you know?,” he said. “It means a lot to me. People don’t realize this is my missing piece. You know, you have a puzzle and there’s 100 pieces. I was at 99, I had everything else that I was happy with and I was moving along with life and everything was good. And it was just that one little thing that tied everything together and it was football.”

Now he leads the team across the country to play in games of seven-versus-seven.