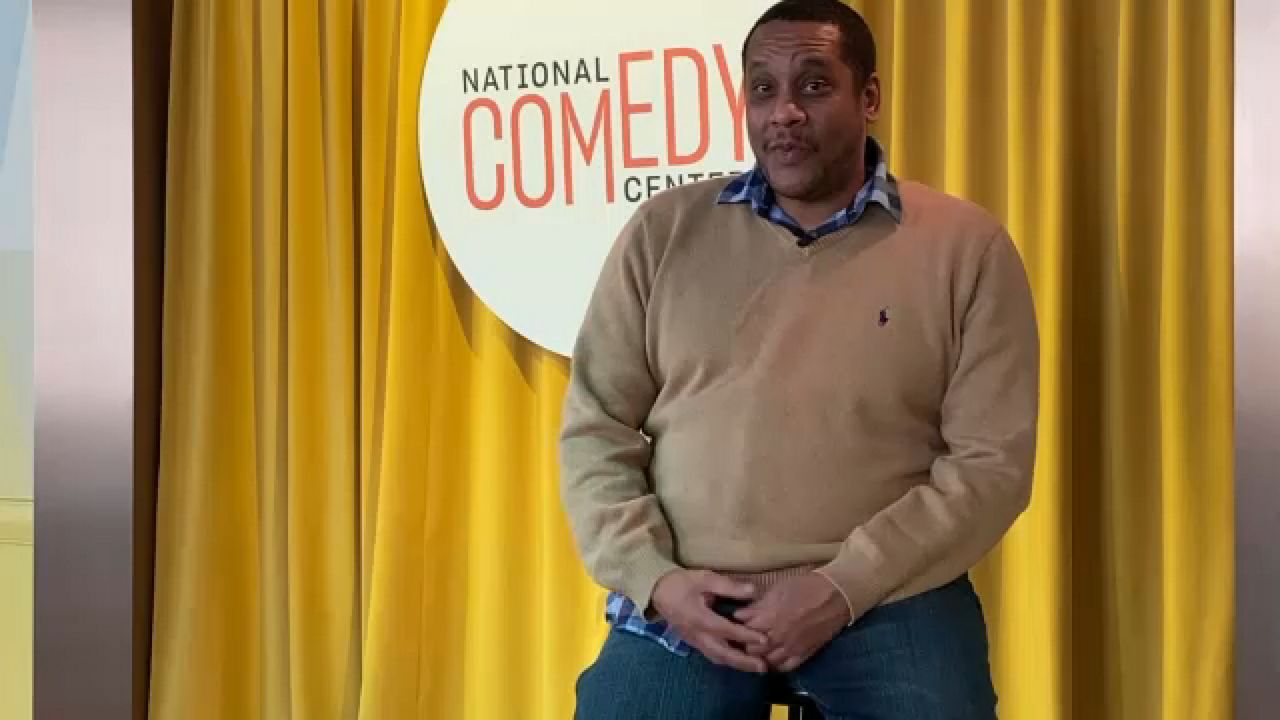 Buffalo comedian looks back at the history of Black comedy

JAMESTOWN, N.Y. — For Black History Month, one Western New York comedian is providing a look back in time.

He's discussing the rise of Black comedians, and how the early days of the art form helped shape who he is today, on stage.

Tyrone Maclin, a 46-year-old from Buffalo, is a stand-up guy.

For more than 10 years he's been doing stand-up in places like Yuk Yuks in Toronto, Helium Comedy Club in Buffalo and a monthly storyteller's showcase at Casey's Tavern - now on hiatus because of the pandemic.

What better place to talk about his career, and the comedians who helped shape it, than the National Comedy Center in Jamestown, rich in Black history of a comedic art form that inspired Tyrone to make people laugh at an early age.

"I was definitely a young kid," Maclin said. "I would say like seven. I was skinny. I had no athletic ability. I realized that words might be the only talent that I had, that I could cultivate, so I just focused on trying to be funny."

At the center, Tyrone got to handpick his favorite comedians and TV shows he watched growing up.

"I think it's amazing," Maclin said. "Quoting Eddie Murphy's jokes when I went to school, and I had most of them memorized. Oh, it made you cool. At least it made me cool."

Tyrone walked through the Carlin exhibit, before heading to the continuum wall. There, he unlocked connections between comics like Wanda Sykes, Chris Rock and Richard Prior.

"There's nothing better than this to me," said Maclin. "I think it's a beautiful thing for comedy. Comedy deserves the treatment that it's getting here."

Tyrone then sat in the TV room to re-live some of his favorite sketch and improv shows like Saturday Night Live and sitcoms like In Living Color and Martin.

"Both of those black shows that were amazing and new and we would get to watch those every week," he said. "Of course the Cosby Show and A Different World made me feel like I could go to college."

"There's a wealth of Black, I'll just say American history by Black Americans that are comedic geniuses," said Maclin. "You look for a laugh, someone who can take your mind off of everything and make you laugh."

Someone like Tyrone, hoping to blaze a trail of his own, for the next generation of Black comics who follow in his footsteps.

In conjunction with Black History Month, the National Comedy Center is set to announce a significant acquisition to its archives. Fans can check the center's website in the coming days for details.