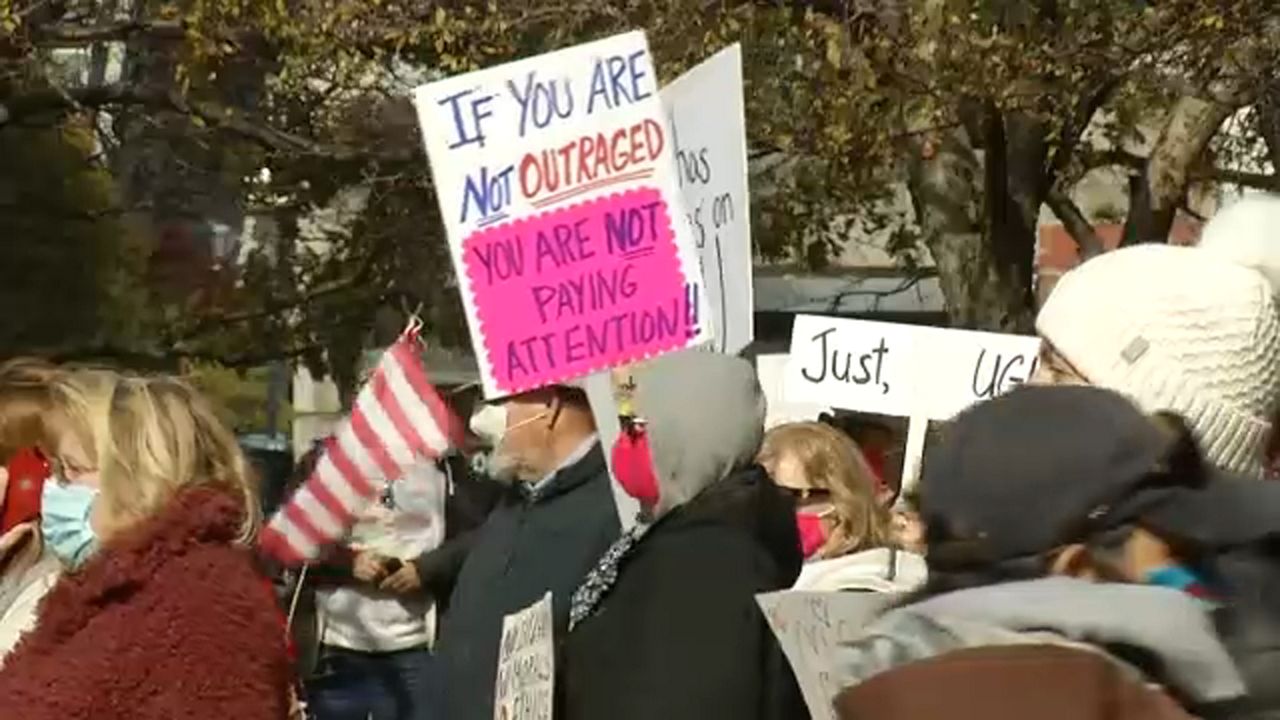 BUFFALO, N.Y. — There was a call for justice on Niagara Square on Saturday.

The area has been host to countless protests and marches in Buffalo this year, and Saturday afternoon was no different.

It was the Western New York Women's March, one of many marches across the country.

Marchers were asking for the end of violent crimes, economic inequality, to give people body autonomy, and more.

Hundreds participated in the protest by holding up signs with calls to action.