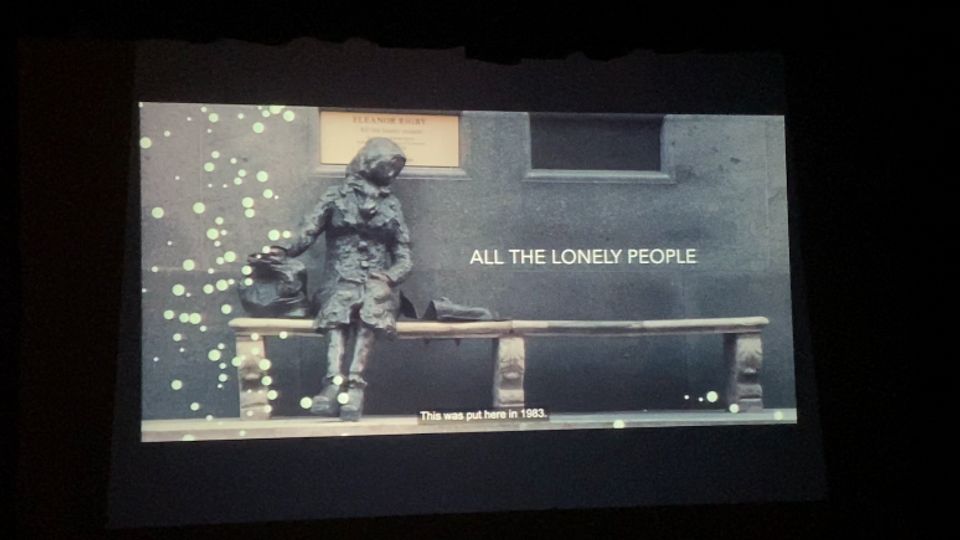 That's how she dealt with the isolation she felt during the pandemic. She even missed out on seeing her twin grandchildren in person for a year and a half.

Isolated, but not lonely, she lives with her husband of 55 years, Kent.

"So, we weren't seeing anyone, really. Even our neighbors because of our age and our being at risk," said Louise.

The two spent hours watching their favorite TV shows and movies on BritBox, not knowing day to day just how long they would have to stay cooped up.

"It was frustrating. And you know, I think I would say I was a little bit angry about all of that, too," said Louise.

Chautauqua County Office for the Aging recently hosted a screening at the Robert H. Jackson Center in Jamestown of the documentary "All the Lonely People," which chronicles a cross-section of adults sharing their experiences living in isolation.

It's a topic experts say many already knew existed for older people and those with developmental disabilities.

"The pandemic made us all so much more aware that it can happen to anybody, at any time in our life. So, the pandemic did make us all experience it. And hopefully, we will be more sensitive and be more open to solving this problem that is such a societal issue," said Chautauqua County Office for the Aging Director Mary Ann Spanos.

Louise was one of many on hand at the screening, as was the film's director, Stu Maddux, and producer Joe Applebaum.

The two started the film in 2018 and were just about finished with it ironically before the pandemic.

"And we thought at the point we were finishing this film that nobody's really going to get it. And then COVID hit and now everybody understands it a lot more," said Maddux, also co-founder of The Clowder Group.

The film caught the attention of the state's Office for the Aging, which prompted the pair to take it on a whirlwind statewide tour with stops in places like the Hudson Valley, Syracuse and Long Island.

"Our emphasis is always at the grassroots and community level, showing it to audiences of 50, 100, 150 at a time as long as we are touching them directly," said Applebaum, also a co-founder of The Clowder Group.

Louise found the film to be very enjoyable and informative, as well as the panel discussion after, and says she learned a lot and is hopeful others locally will watch it as well.

"Many in this community, because this is an aging community, I think many can benefit from seeing this film," said Louise.

The couple also left out some Christmas decorations to help brighten their mood.

Both the film's producer and director will continue to offer screenings of the film for those who want to see it.