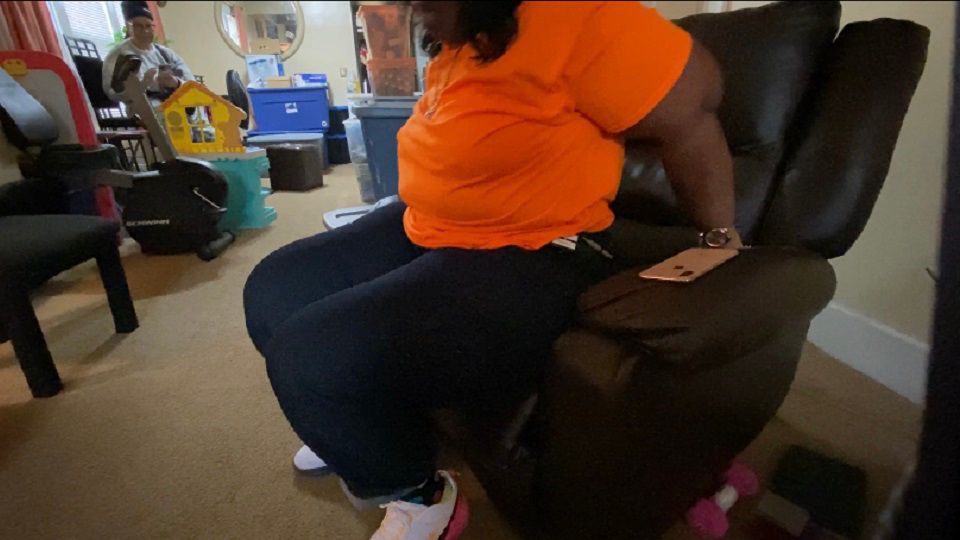 The 48-year-old former nursing home worker learned she had multiple sclerosis, but with long-held beliefs in the medical community that African Americans were not as affected by MS, it would take her almost a year to receive that diagnosis.

“I kept going back and forth to the doctor," said Miller. "They kept saying nothing was wrong, it was my equal Librium, but I kept saying I know you’re the doctor, but it’s my body and something is wrong.”

Recent studies show that African Americans are at greater risk of developing the disease than was originally thought.

“A study in California from Kaiser Permanente showed that 47% of patients had a higher risk if they were African American to develop MS," said Channa Kolb-Sobieraj, clinical assistant professor of neurology at the Jacobs School of Medicine and Biomedical Sciences.

“I walk with a cane," said Miller. "I have numbness on my dominant side, so I had to teach my left side how to do different things. I had to get surgery on my right eye twice because it kept getting lazy,” Miller said.

Officials at the Jacobs Center are trying to change that. They’re working on a study to target the neuro-disparities in African American communities to help early diagnosis and potentially save lives.

“We want to hit this head-on. We’re going to be doing so by giving a lot of science to discuss what is the risk, the importance of co-morbidity and another very critical need which is to include minorities in clinical trials," said Penny Pennington, director of development and program management at the Jacobs Center.

Pennington, who also has MS, said that with less than 1% of clinical trials including African Americans, they can’t be assured the therapies developed are truly effective. They’re working out an agreement with the health center to refer minority patients to the center to be enrolled in the New York state consortium where there are specialized treatment centers for patients with MS and also focus on provider education.

That’s good news for patients like Miller, who said since seeing Dr. Kolb at the Jacobs Center, she’s already receiving a personal level of care like no other.

“She’ll dial your number and talk to you," Miller said. "She used to scare me because when I answer the phone and doctors don’t really call their patients and she said well I do.”

It's something that reminds her to keep fighting.

“I have small grandkids that look up to me, so I wanna be around for them," Miller said. "So never give up. No matter how slow you walk or how many times you fall, get back ​up."