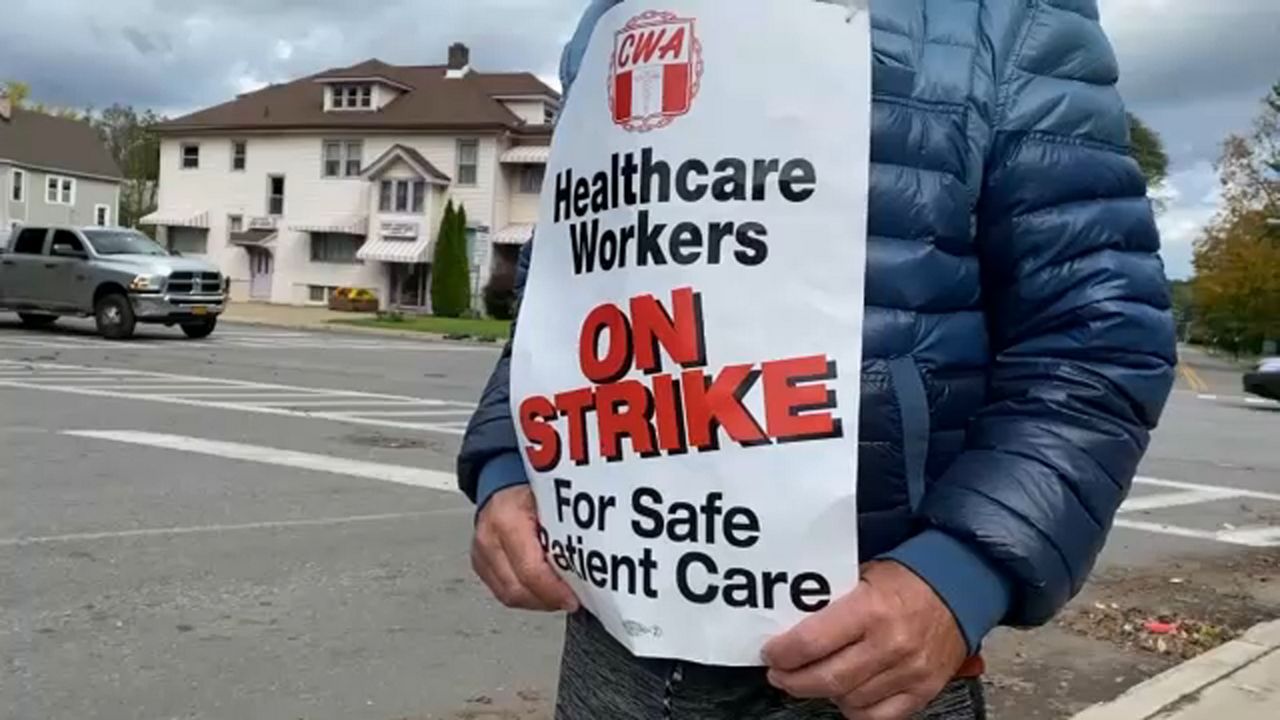 BUFFALO, N.Y. — CWA union workers at Mercy Hospital are set to hit the picket lines for the 26th straight day.

On Monday, union members spoke to delegates of the Public Employee Federation about what has happened throughout the nearly four-week duration of the strike.

Those delegates also visited the picket line this past weekend to show support for the nearly 2,000 CWA workers on strike.

New York State Attorney General Letitia James was also at a convention in Niagara County, where the PEF raised a little more than $4,000 for the workers who have been off the job all month.

CWA officials say they've been at the negotiating table every day with Catholic Health, and are continuing to work toward a fair deal for their members.

They also say it's extended an agreement with a worker replacement agency as 50 nurses have resigned since the strike began.