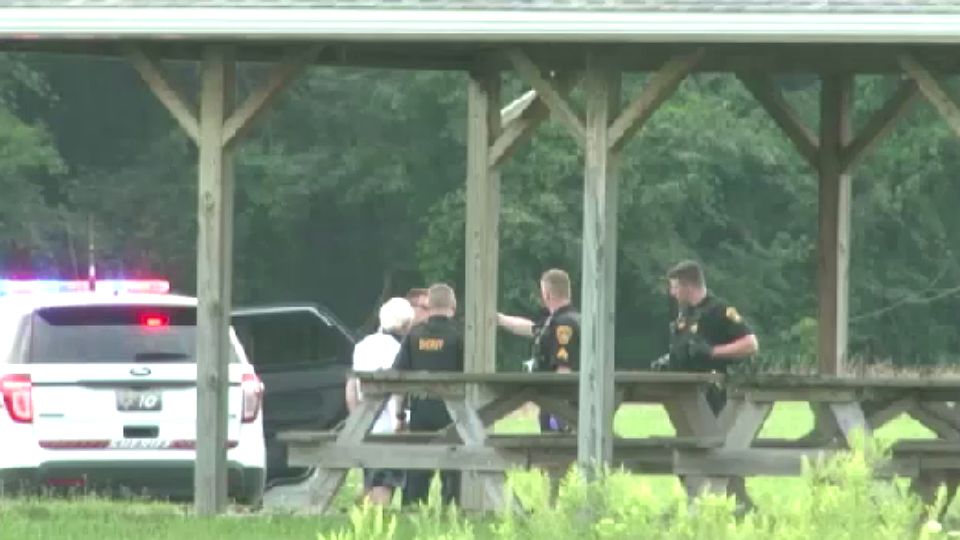 BATAVIA, N.Y. — A Tennessee man was arrested after nearly running over churchgoers in Genesee County.

Dramatic video released Friday shows churchgoers running away from a car speeding through their church parking lot in Batavia.

Mark Logan, director of operations for the Northgate Free Methodist Church, revealed the security footage to Spectrum News as he prepares to take it to the police for evidence in this case.

Four members of the church were were nearly killed when the car came at them out of the blue.

"They sought refuge in the church and he came after them with the car," Logan said. "I do feel sorry for the gentleman and I am thanking the Lord that my people are safe."

Police arrested the driver of the car, Paul Hussey, and charged him with four counts of attempted assault with an dangerous instrument in the first degree. He was also charged with several counts of reckless endangerment, criminal possession of a controlled substance, DWI and driving while ability impaired by drugs.

At this time Hussey is being held at the Genesee County Jail on $25,000 cash bail.

Paul Hussey was arrested and is facing several charges including Attempted Assault, Reckless Endangerment, DWI and ability impaired by drugs. Police say he also had meth on him. @SPECNewsROC pic.twitter.com/9BDn0gfSuB

Hussey is from Tennessee and police are not sure why he was in the area or why he was driving through this field.

The church members involved say what got them through this alive was the hand of God.