Severe weather warnings in 2021: Who was active and who wasn't

The Plains and Southeast are often the hotbed of severe weather. And while they certainly had plenty of active storms this year, another part of the country was unusually busy in 2021.

People in parts of the Northeast and Mid-Atlantic probably feel as though this year had a lot of severe weather–and they wouldn’t be wrong. National Weather Service offices in those areas issued many more Severe Thunderstorm, Tornado and Flash Flood Warnings there compared to the average. The same happened in the Southwest, mostly because of flash flooding.

Some areas had at least about 100 more warnings this year than usual, putting them among the most in the past 20 years. Meanwhile, big chunks of the Plains, Midwest and Southeast were on the opposite end of the spectrum for the second year in a row. 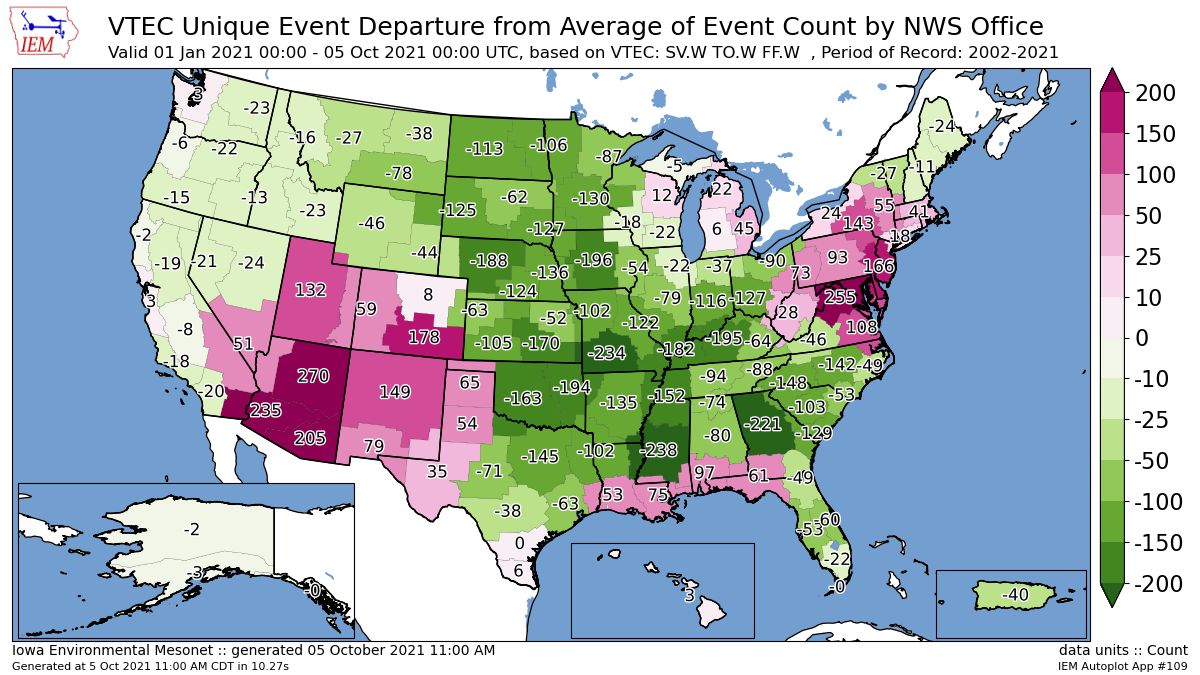 It wasn’t just more warnings, though; it came with a lot of storm reports. For example, the Binghamton, N.Y. NWS office had 505 reports of severe weather (tornado, hail and strong wind). Meanwhile, the NWS office in Norman, Okla. had 379.

Pennsylvania had the second-most storm reports out of any state, leaving places like Oklahoma and Kansas in the dust. Parts of the Southeast had more tornadoes than average, although quite a bit of the severe weather there was condensed into a handful of days. 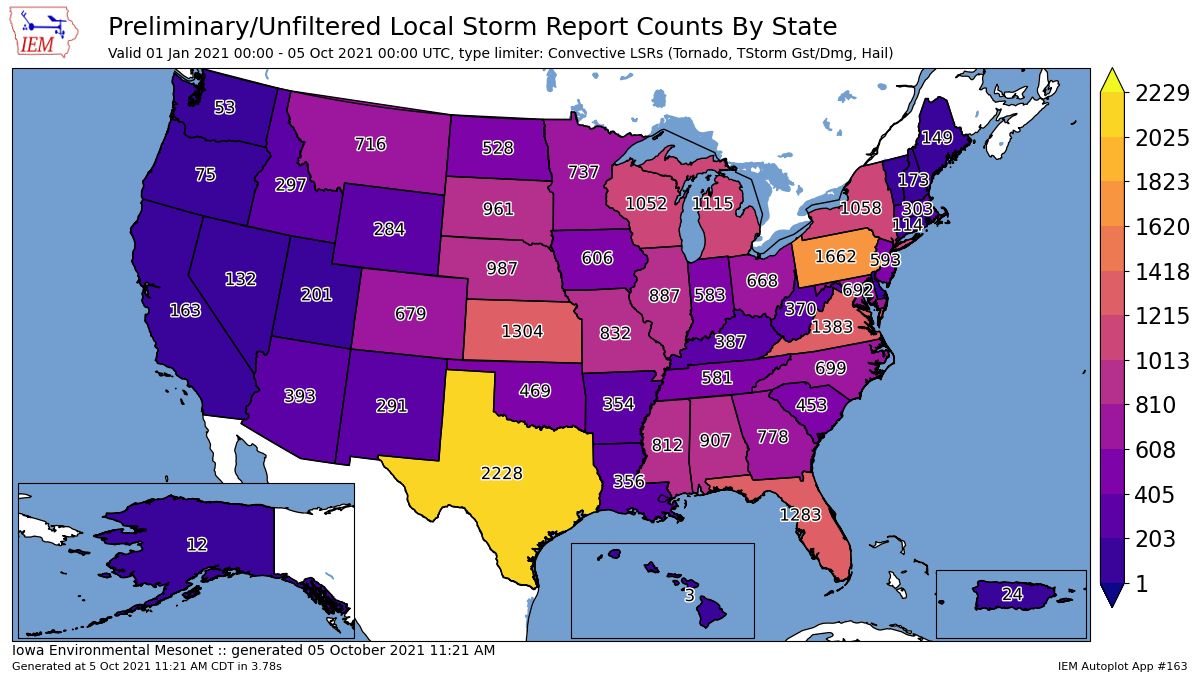 While some parts of the U.S. had more severe weather than usual, the numbers for the nation as a whole are down. Preliminary numbers show about 1000 tornadoes, a couple hundred fewer than average since 2005. Hail reports are at just half the average. Severe wind gusts are close to keeping pace, though.

The peak of severe weather season is far behind us, but a bump in storm activity can happen in the fall when energetic systems from Canada dive into the last throes of summer air. It’s wise to stay safety-minded.